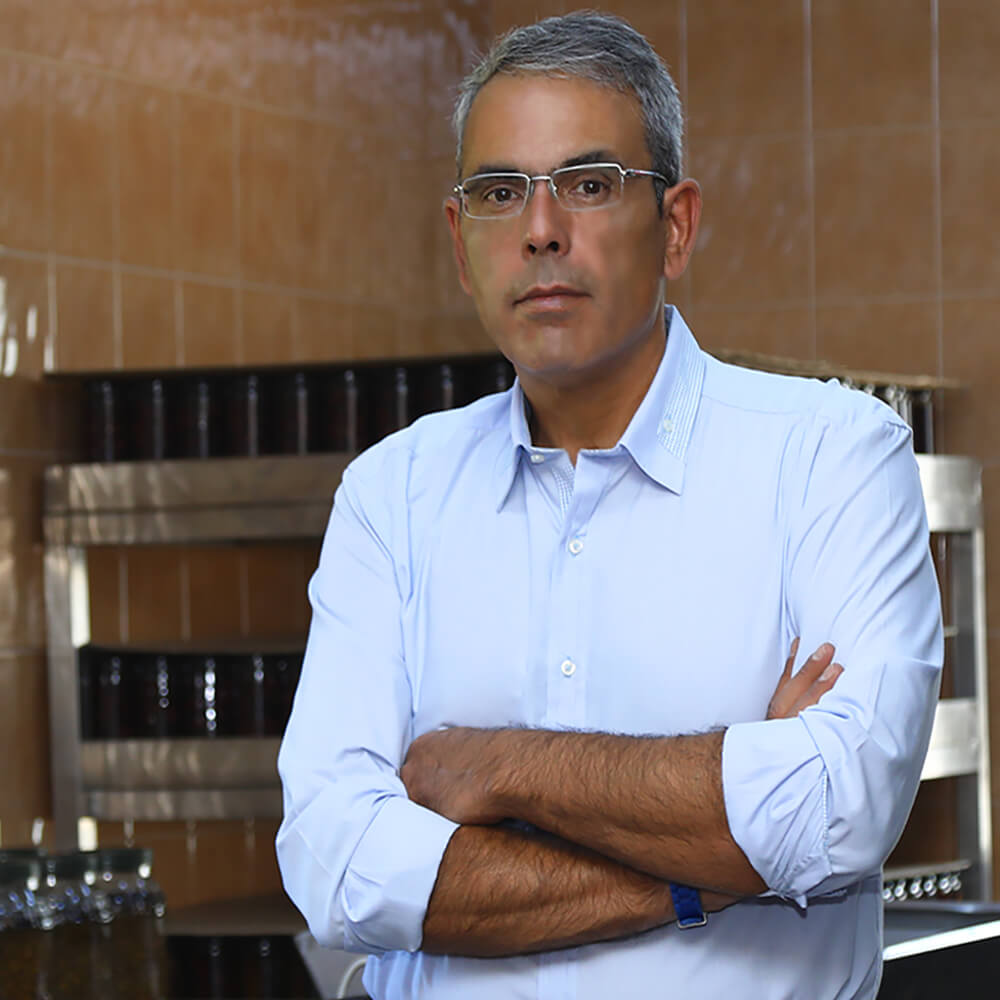 In 2015, the "Decency" Awards were established by the Union to honor and value the professional path of people who have served and are serving their function, with Decency, Responsibility, Insight and Honesty.

The "Decency" Awards are given every two years to people who, through their work and contribution, manage Decency as a Value and Principle of Life, in Greece and abroad.

This year, on December 7, 2022, the Union’s "Decency" Awards will be given for the fourth consecutive time, in the event hall of the Information Office of the European Parliament in Greece, in the presence of many foreign media correspondents, many diplomatic representatives and representatives of associations of the Hellenic diaspora.

The Board of Directors of the IPU, after a vote and unanimous decision of its Members, will honor Mr. George Sakellaropoulos, founder of Sakellaropoulos Organic Farms from Sparta Laconia, with the "Decency Award" for his Decency and Love for the Greek Land, his deep respect by putting his Knowledge, Experience & Soul into products – “ambassadors” to all latitudes of the earth. 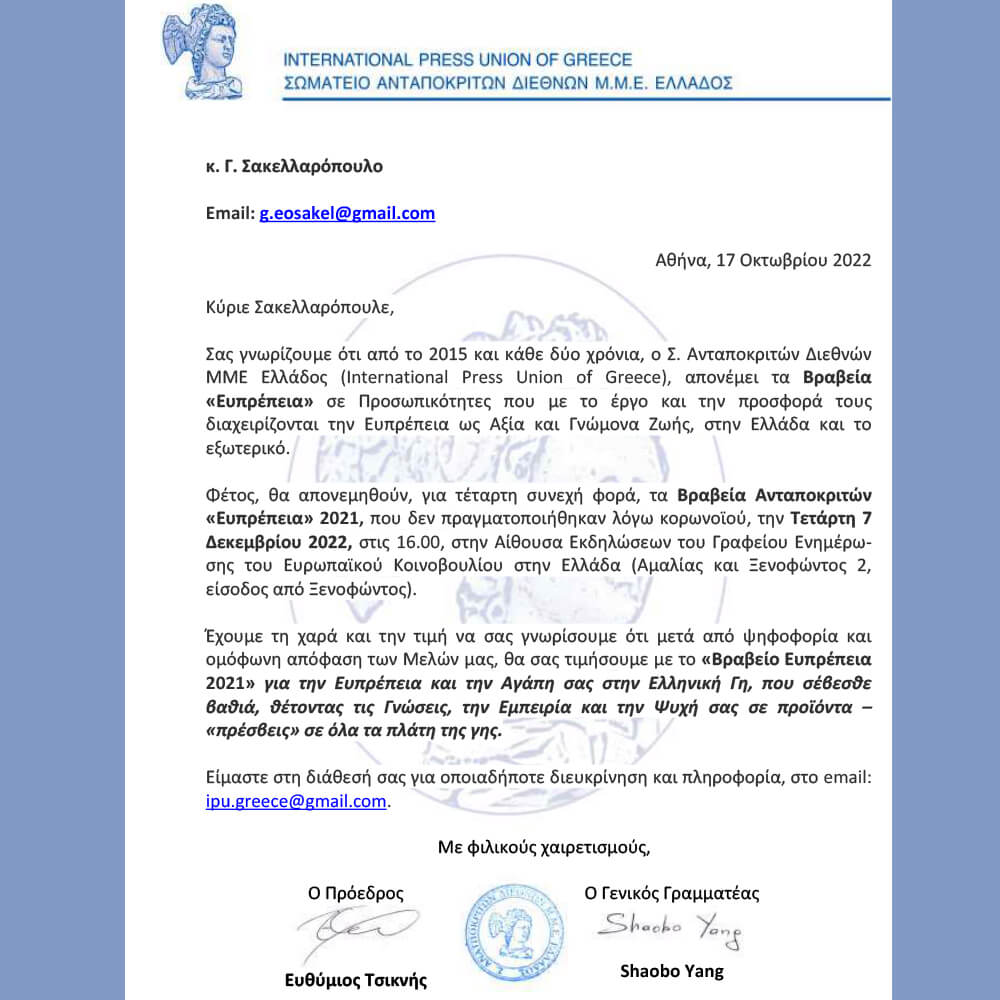 George Sakellaropoulos comments about the "Decency” Award of the IPU (International Press Union of Greece):

"I want to express my deepest gratitude you to the president Mr. Tsiknis Efthymios, the general secretary Mr. Shaobo Yang and also the members of the International Press Union of Greece for recognizing my "DECENCY" as a key focus in my path in the Greek Olive Industry, for the past last thirty (30) years.

It is certainly a very rare and honorable moment for me personally, an important recognition of the work and contribution I have provided.

But the focus of this honorary award I will receive, is the entire sector of Greek organic olive growing, Greek olive oil and Greek table olives, which travel with Greek colors, ethics and decency around the world, projecting in the best way, and as beacons, the primary sector of our country".