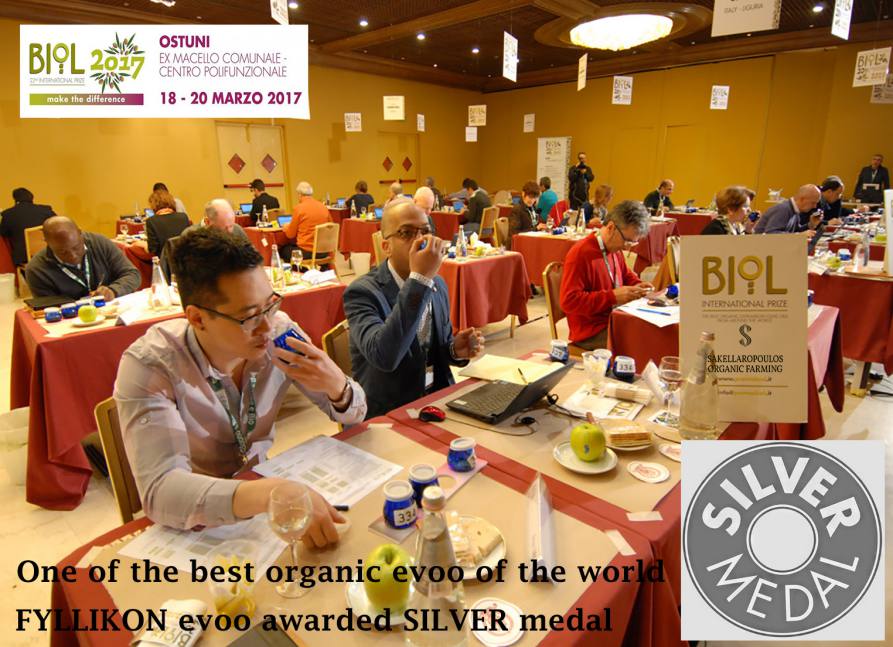 It took place in Italy, in the city of Ostuni, in the province of Brindisi, at the historical region of Apulia, known as the White City, from the 18th until the 20th of March 2017. 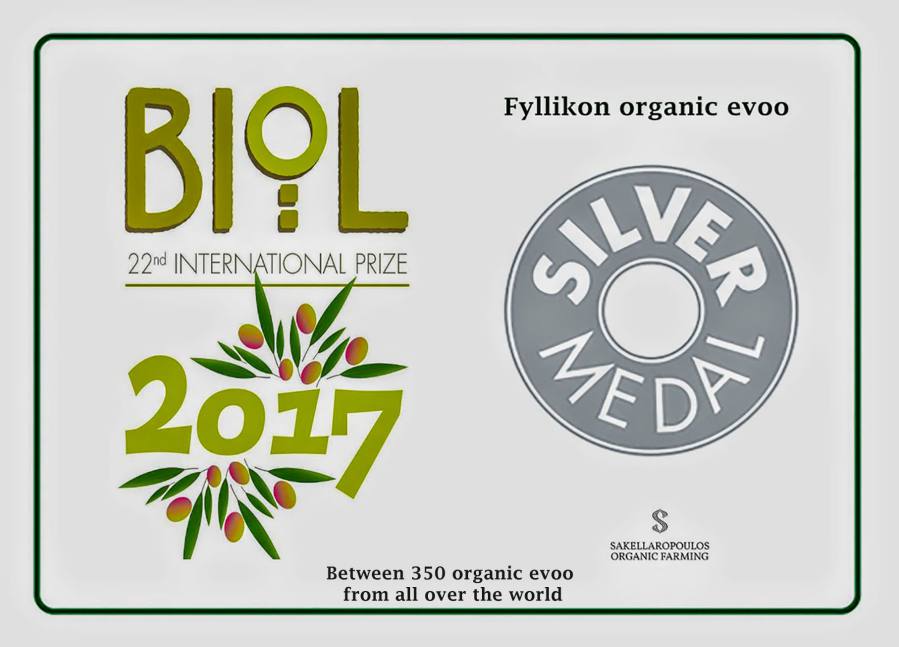 Ostuni was destroyed by Hannibal and was rebuilt by the Greeks who then named the city Astu neon, which means “New City” in Greek.

All of the organic olive oils were evaluated with blind tasting by expert olive oil panel tasters of international reputation.

Sakellaropoulos Organic Estates accumulated a high score and was awarded the SILVER MEDAL for FYLLIKON organic evoo, which is a great honor and reward for us, compensating our strive to retain the highest quality for the past 24 years.

For FYLLIKON organic evoo, it is the 5th award given by the BIOL International Competition, and the 59th award in total for Sakellaropoulos Organic Estates from national and international competitions during the course of the last five years.