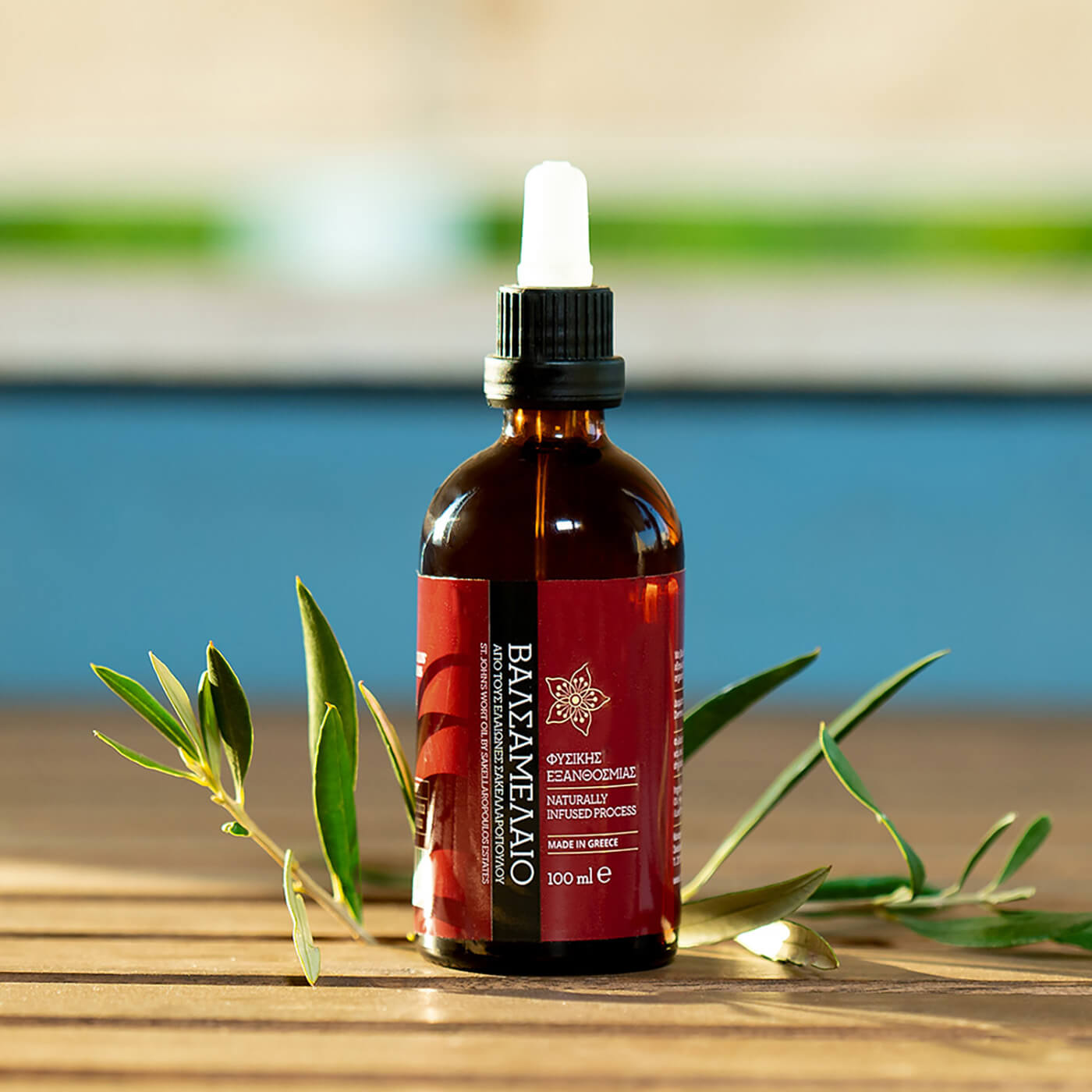 Description: A gift of nature with many beneficial properties, from the land of ancient Spartans, who used it in many occasions with outstanding results.Sakellaropoulos Organic Farms, in Sparta, Laconia produce the specialized natural St. John’s Wort oil exclusively with cold extracted, organic extra virgin olive oil from their own farms, with minimal sunlight exposure. The St. John’s Wort Oil is also known as Hypericum Perforatum.

St. John’s Wort oil has been used for over 2000 years and is said to have taken its name from its ability to heal the wounds of the ancient Spartans from swords after battles. 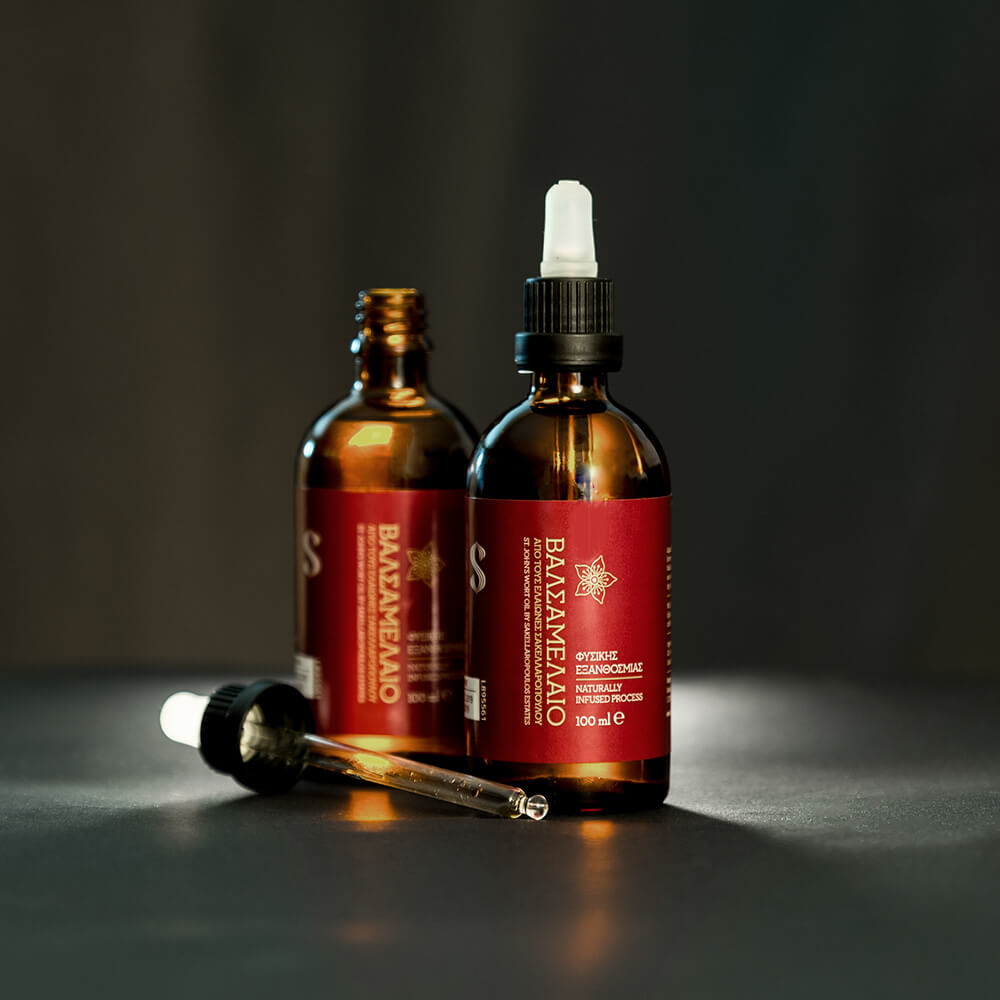 The fathers of Medical Science, Hippocrates and Dioscorides, prepared it and used it to heal patients. It was the remedy of the ancient Spartans, with which they healed their wounds after the battles, while it was suggested by the healers of the time to treat depression and stomach ulcers.

In English it is called St John's wort oil because it usually blooms around June 24, the date of birth of John the Baptist. Recognized for its many properties, the well-known St. John's Wort oil has managed to remain a "necessary medicine" from ancient times until today.

At Sakellaropoulos Organic Farms, near Sparta Lakonia, working harmoniously with nature and the ancient tradition of the land, we produce specialized natural St. John ’s wort oil with organic cold extracted olive oil of our farms, also known as hypericum oil, following the recipe of the ancient Spartans but with modern techniques and methods.

The St. John's Wort oil is produced with the collection of naturally grown fresh St. John’s wort flowers (Hypericum Perforatum) at an altitude of 1200m in the mountainous regions of Laconia, at a certain time of year, combined with our self-produced organic extra virgin olive oil, to be naturally infused. 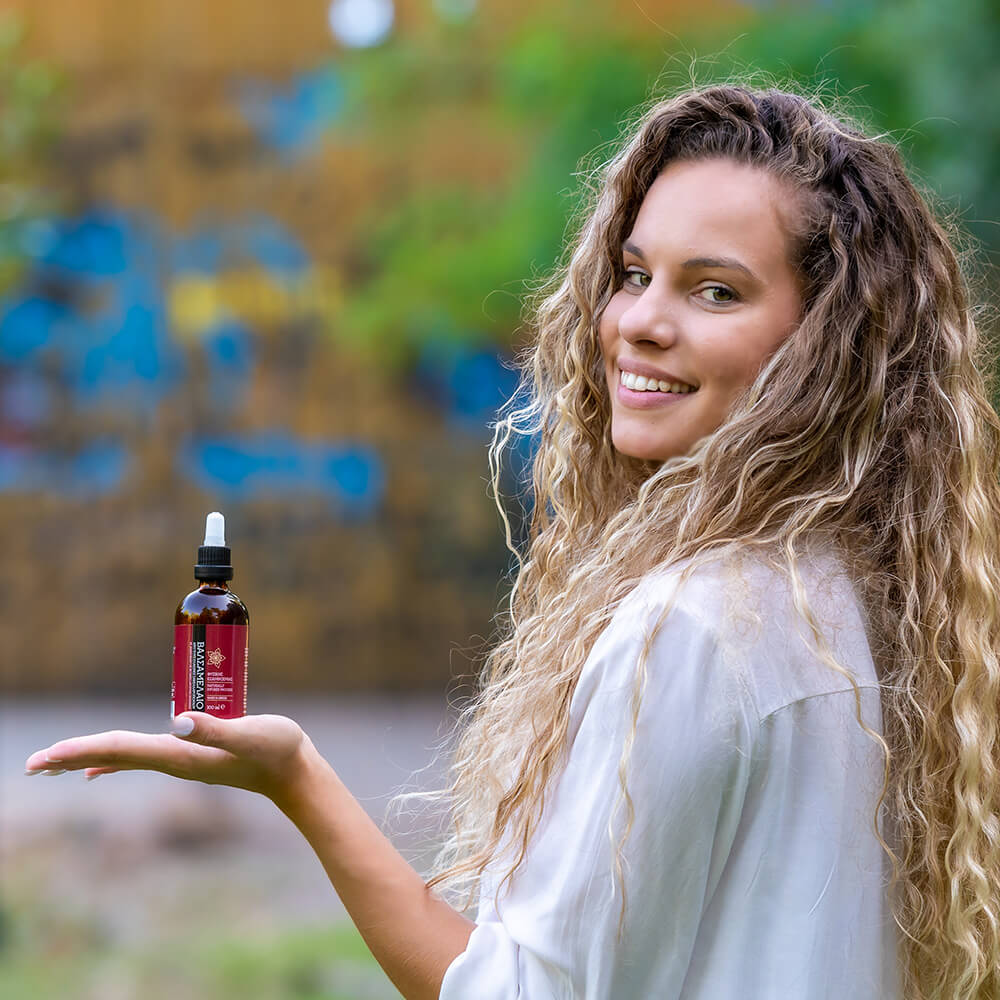 It is subjected to minimal sunlight exposure, compared to others on the market, in order to retain the natural ingredients of the organic olive oil – in a controlled low temperature (to avoid thermo - oxidation).

These are our «secrets» for the production of natural Saint John’s wort oil with organic cold extracted olive oil. Its top quality is also shown from the color difference our St. John's wort oil has compared to others.

Our St. John's wort oil is subjected to natural sedimentation without any type of chemical or mechanical filtering or processing, with longer production periods compared to other wort oils. Natural St. John’s wort oil with organic olive oil from our farms is rich in hyperforin and hypericin, without being oxidized.

In the final control of its top quality we conduct dermatological tests and allergens tests, in accredited laboratories, to ensure that our St. John’s wort oil is one of the top wort oils of Greek nature. The St. John’s Wort oil we produce is a 100% natural product. 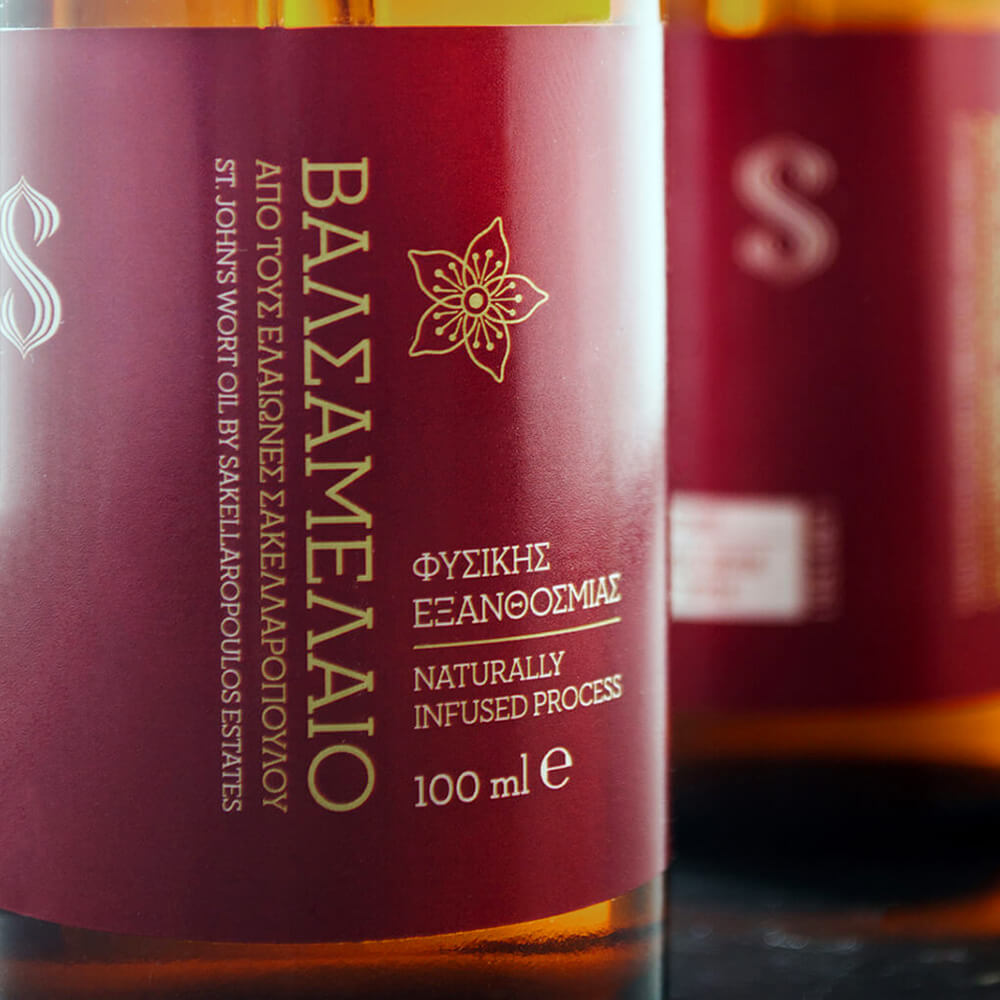 In the final control of its top quality we conduct dermatological tests and allergens tests, in accredited laboratories, to ensure that our St. John’s wort oil is one of the top wort oils of Greek nature. The St. John’s Wort oil we produce is a 100% natural product.

It is known to effectively treat dermatological problems, heal wounds and strengthen the immune system.

Can be used to help in mild forms of depression, improves sleep, disposition and well-being, as well as boosts the immune system.

The healing properties of St. John's Wort oil promote the good physical condition of the skin, enhancing its elasticity and helping its pores. 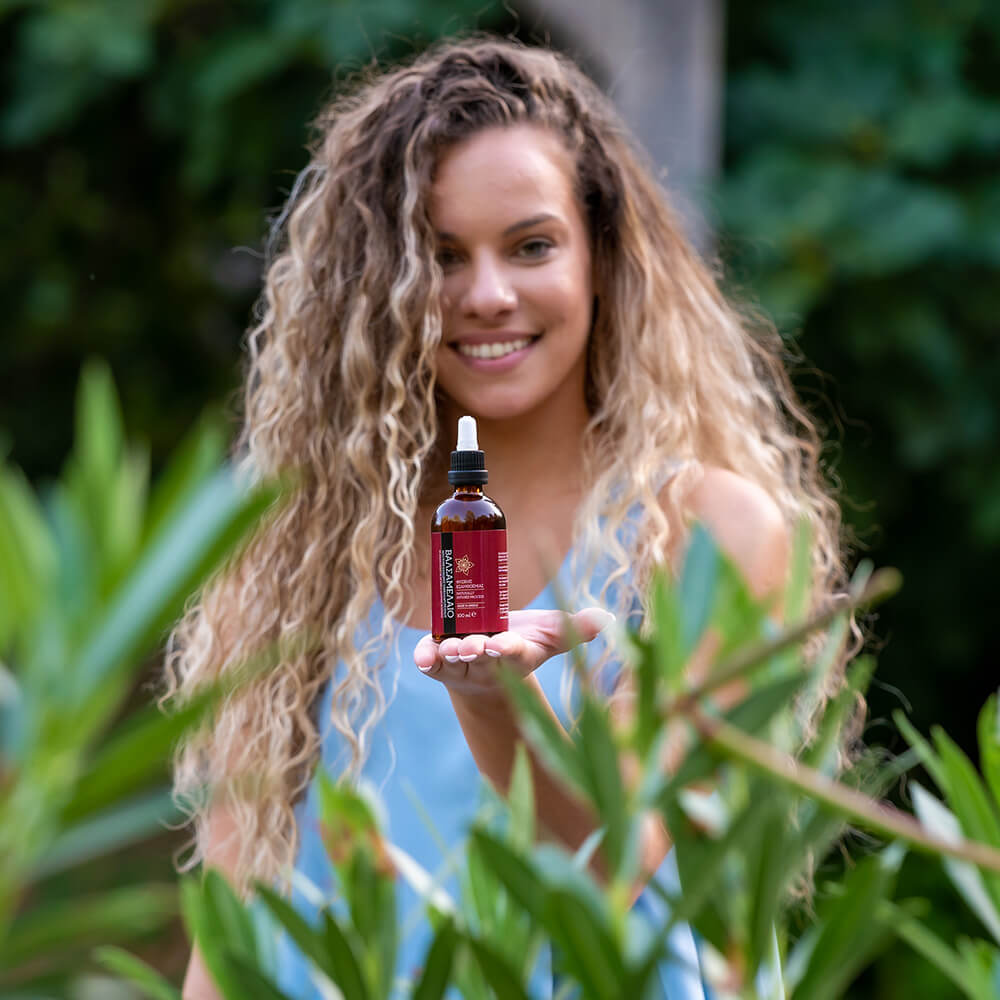 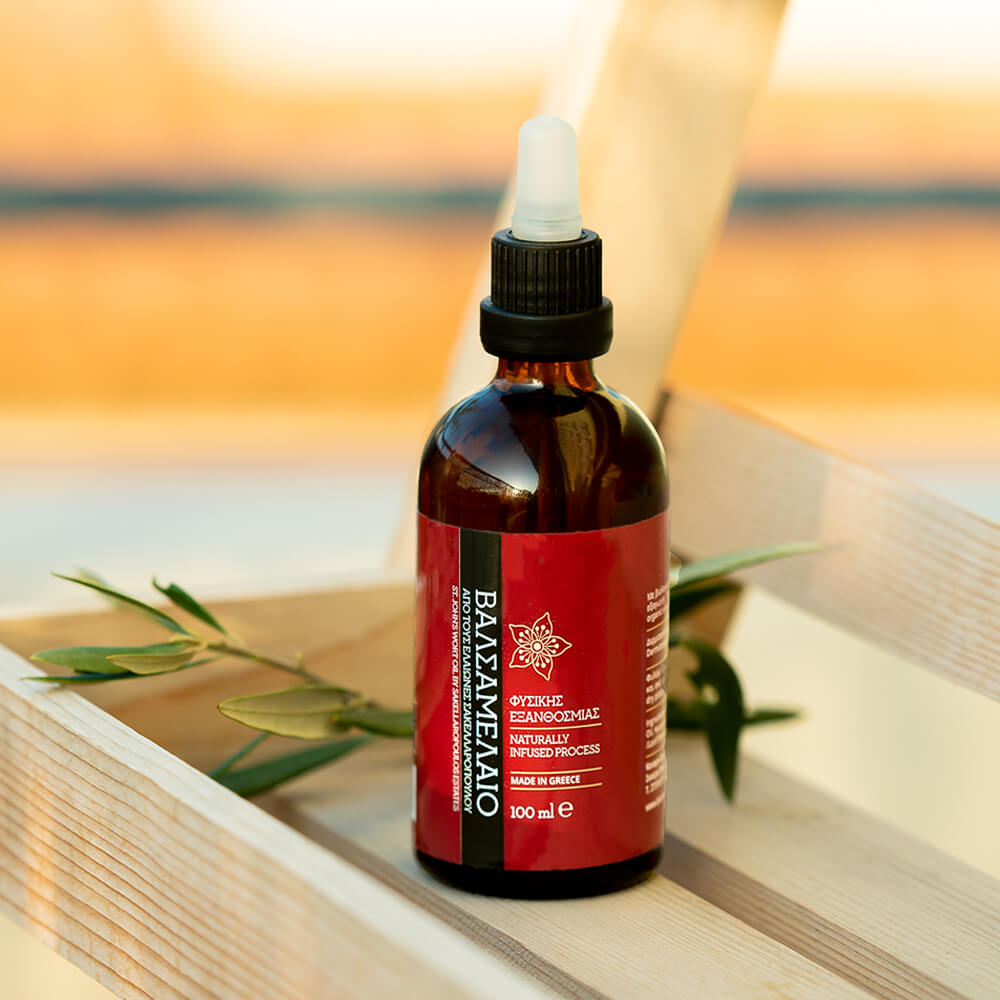 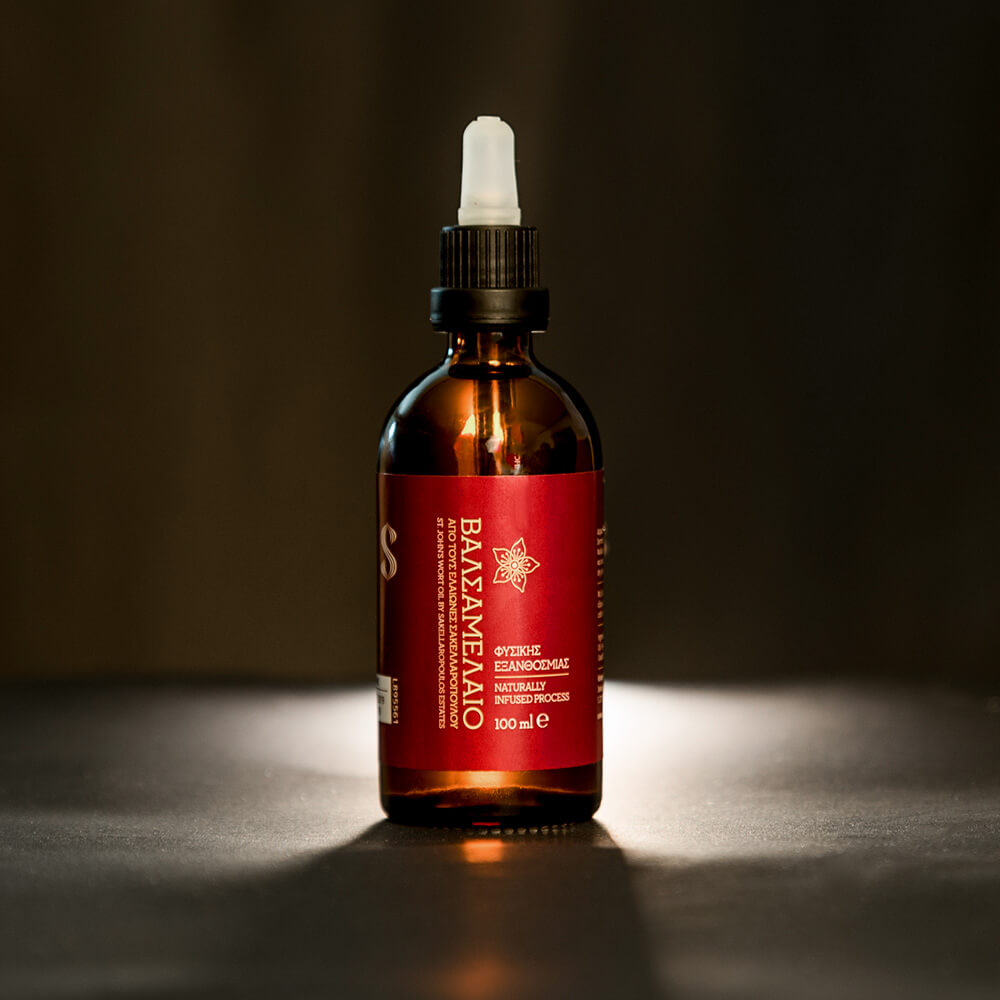 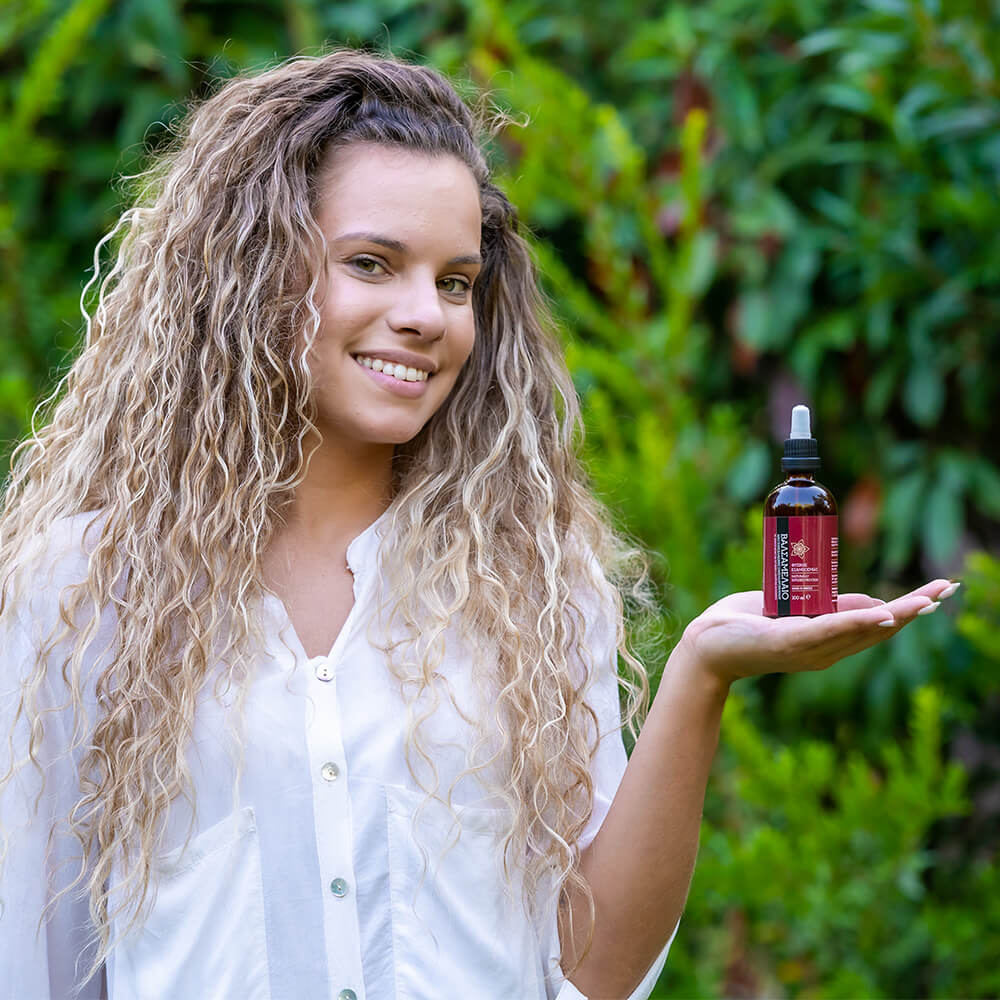 *All of the information mentioned is strictly and solely referred for informational purposes only and cannot in any way substitute the consultation, advice and/or diagnosis of a medical doctor or other type of health professional.*