The olive oil from Laconia as a worldwide ambassador 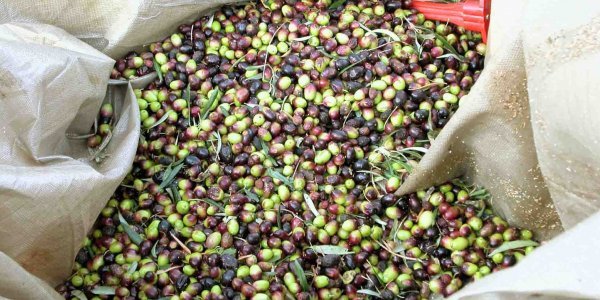 "A dream come true. We cried out of emotion, mainly because Greece was at the top and then for Laconia and for our company," the owner and manager of the company, George Sakellaropoulos, told "Imerisia". International distinctions are not something new for the Sakellaropoulos family. Thanks to the "blind" dedication to the production of products of superior quality, unique innovation and taste and the elimination of every mistake, it has won 89 world awards! This is a world record as it concerns a producer with its own exclusive oil products (Single Estate). And all this in seven years, since he started participating in international competitions only in 2012.

In fact, last year another olive oil of the family, "Syllektikon", was in second place in the EVOOWR ranking, among 7,952 samples of olive oils from around the world. In addition to the awards, the Harvard University School of Public Health has decided to include the Sakellaropoulos organic olive oils in the Mediterranean Nutrition Survey, which has been conducted for 3 years in 44 firefighters and firefighters. The aim of the study is to show that by changing eating habits, in a scientifically proven way, in groups of people who have a high risk of diseases and especially heart attacks while performing their work, such as firefighters, this risk is greatly increased by large percentages. To reach the top and compete in the field, such as Italy and Spain, the company had to win smaller and bigger awards at many different levels, and face many frustrations.

However, throughout this journey, the family never regressed. They remain true to the values ​​of quality and innovation. Olives are harvested with gloves and no chemical or mechanical means are used to collect them. The olives are pressed in the mills at very low temperatures, at the levels of 18 to 20 degrees, which ensure the very high quality. "We do not discount the quality and the high production standards. Our goal is to create products that are unique, innovative, and in harmony with nature. We are sharing our soul."emphasizes Mr. Sakellaropoulos, adding that in order to release a new product, innumerable tests take place.

For example, "Majestic" was launched after four years of testing and tasting. Despite the huge achievement, which was welcomed by EFET, the family remains grounded and humble. They declare her determination to conquer new peaks. "Every time we reach such a level, it is the starting point for becoming better. "We do our self-criticism without selfishness and try to reach even higher levels of quality," says Mr. Sakellaropoulos. The release of new products is already underway, which aspire to bring something new and different to the global gastronomy, since nine out of ten products of the company are exported to 14 countries abroad. It is an ongoing effort that the new generation of the family is expected to continue, and in particular the son of Mr. Sakellaropoulos, Nikos Sakellaropoulos, a chemical engineer in the profession. Today, the company's products are found in organic and delicatessen stores but also in gourmet restaurants in Greece and abroad, which cover the needs of even the most demanding palates. Famous chefs use and look for the products of the family, such as Alain Ducasse, who is considered a top chef in haute cuisine.

The product range is large and includes organic extra virgin olive oil, gourmet flavored olive oils, organic olives, olives with special flavors (eg orange olives, green olives, olive olives), olive oil, and combinations, as well as natural cosmetics based on olive oil and St. John's Wort oil. The company has organic farming certification from Bio Hellas and implements HACCP quality management system, while it is recognized by the FDA of USA. They have given special emphasis to their website, www.bioarmonia.gr, where the methods are presented in detail, as well as the huge effort they make.