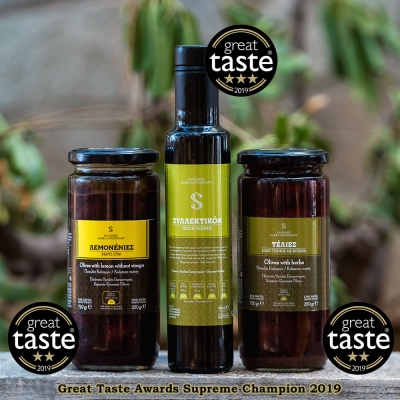 One could say that the announcement of the competition's results, justifies the efforts of Sakellaropoulos Organic Farms to create unique products. At the same time, these three awards consist the 118th international awards, a unique record of international awards for a Greek producer that produces and packages exclusively his own products (single estate).

The awards with the 1, 2 and 3 gold stars at the Great Taste Awards are equivalent to the Michelin stars of awarded restaurants (“Great taste award, is to specialty food and drink what Michelin is to fine dining”)

The internationally renowned taste competition «Great Taste Awards» is organized by the «Guild of Fine Food».

The «Great Taste Awards» are internationally recognized for their objectivity and validity, since they relate exclusively to the product’s taste, without referring to its packaging or branding, and is not judged for marketing but rather only for the taste and quality of the product.

Indicative of the acknowledgement of these awards, is that this guild is supported by the “Mecca” of gastronomy, Harrods, as well as the famous Selfridge’s department store, along with other great food department stores worldwide.

This year, more than 500 expert panel tasters, which consisted of expert food critics, chefs, restaurant owners, producers, cookbook authors, and many culinary journalists, rated the products through the blind tasting procedure, in which they tasted, consulted and re-tasted, in order to decide which products are worthy to be awarded.

For 90 working days, from March until the end of July, the incredible amount of 12,772 high quality  products were tasted with the blind tasting procedure, from 107 countries worldwide, in order to present the awards, gold stars, which offer every product awarded international recognition.

The incredibly high rate of difficulty for a product to be awarded in this competition was confirmed in 2019, since only 208 products were awarded with the highest award of 3 gold stars from the total of 12,772 products which participated in the competition, representing a rate of 1.60%. As always, this year less than 10% of the participating products were awarded with 2 gold stars, which also constitutes a very high distinction. 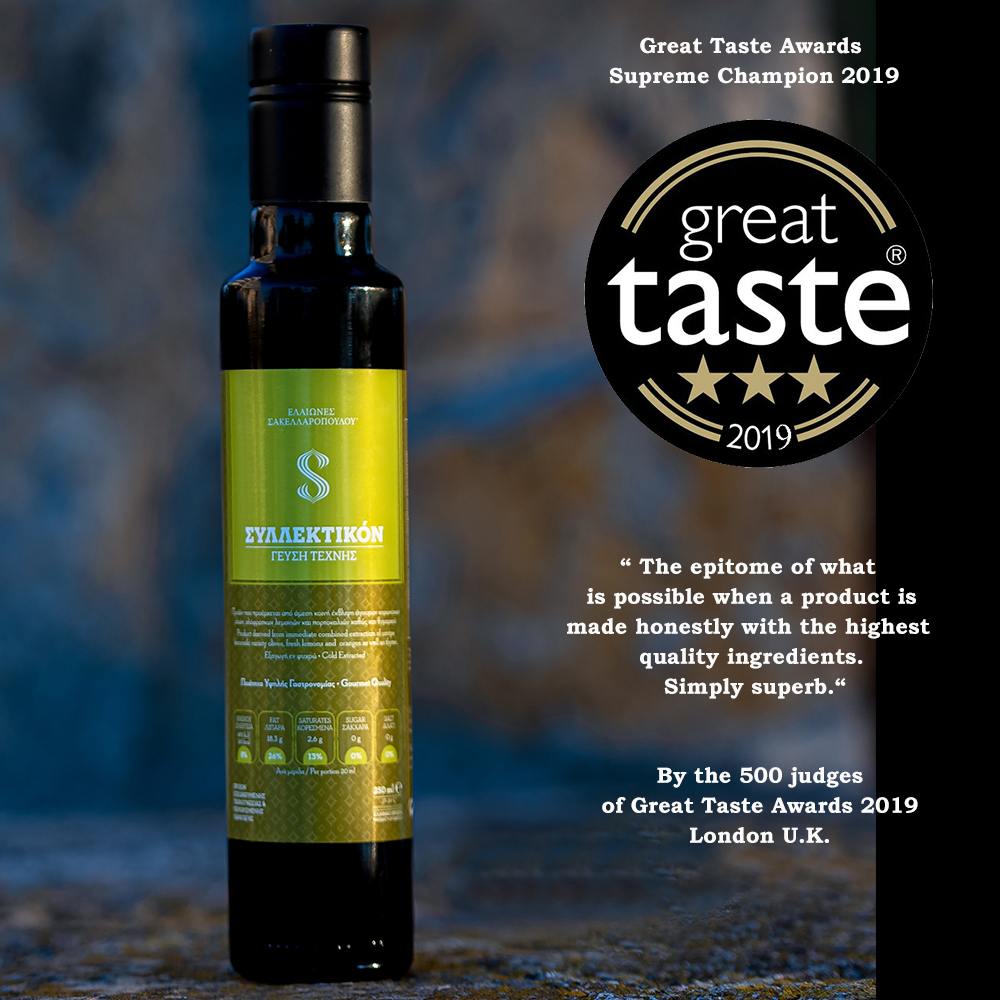 The flavored olive oil Syllektikon, which received amazing comments from the expert panel tasters, acquires the highest distinction at the Great Taste Awards Supreme Champion 2019 and a candidacy for the finals at the GOLDEN FORK AWARDS 2019. It is the first time in the history of the competition that a Greek olive oil is honored with 3 Gold Stars, the highest distinction in its category.

Excerpt of the final comments from the panel tasters for Syllektikon:

‘The epitome of what is possible when a product is made honestly with the highest quality ingredients.  Simply superb. ‘

The highest award for table olives, Greek and other, worldwide, at the Great Taste Awards in London 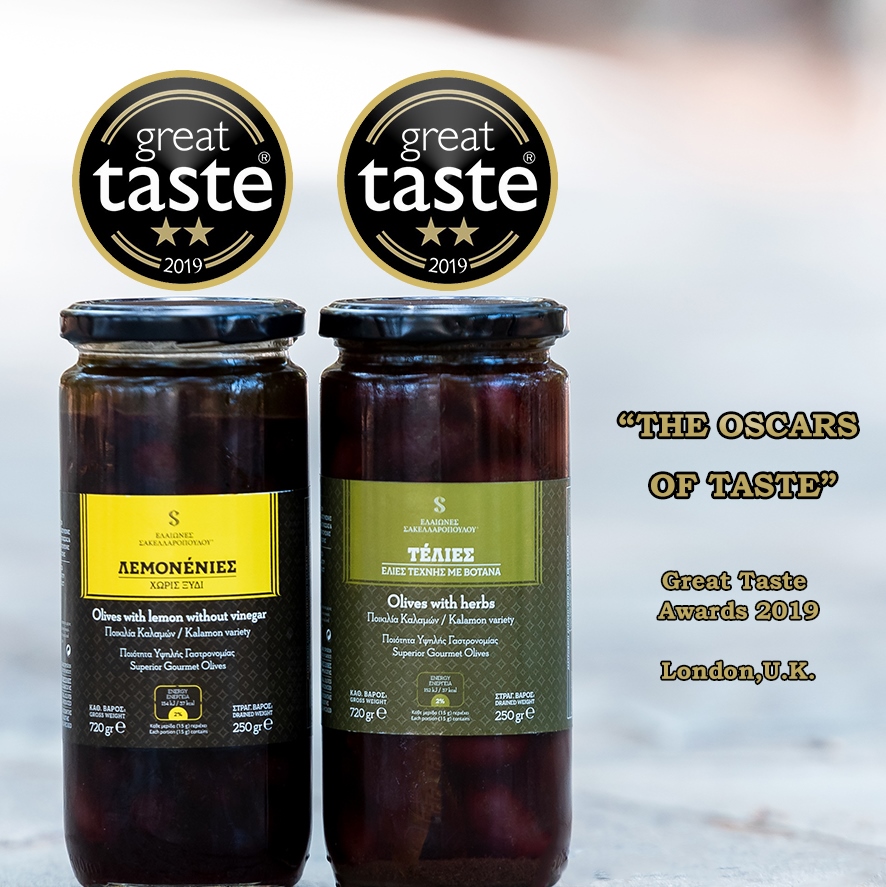 In order to understand the degree of difficulty of these awards, it is noted that there was not a single table olive sample awarded with 3 stars, and only these two table olives were awarded 2 golden stars each. These samples are "Lemonenies" and "Telies" olives from Sakellaropoulos Organic Farms.

Excerpt of the final comments from the panel tasters for the table olives:

Telies: ‘Perfect as is, with Mediterranean herbs to taste. A delight! ‘

Lemonenies: ‘We loved the zesty lemon flavor, the aromatic herbs and notes of honey blossom. Α quite wonderful flavor combination. ‘

As was emphasized by the Guild of Fine Food, after gathering all these high scores for our olive products, it is now clear that they now belong to the international elite of gourmet food.