8 out of 8 at Argentina for Sakellaropoulos Organic Farms

With nominations for the TOP 20 and other special awards, on the last international olive oil competition of the year, Olivinus 2019, that took place at Mendoza, Argentina. 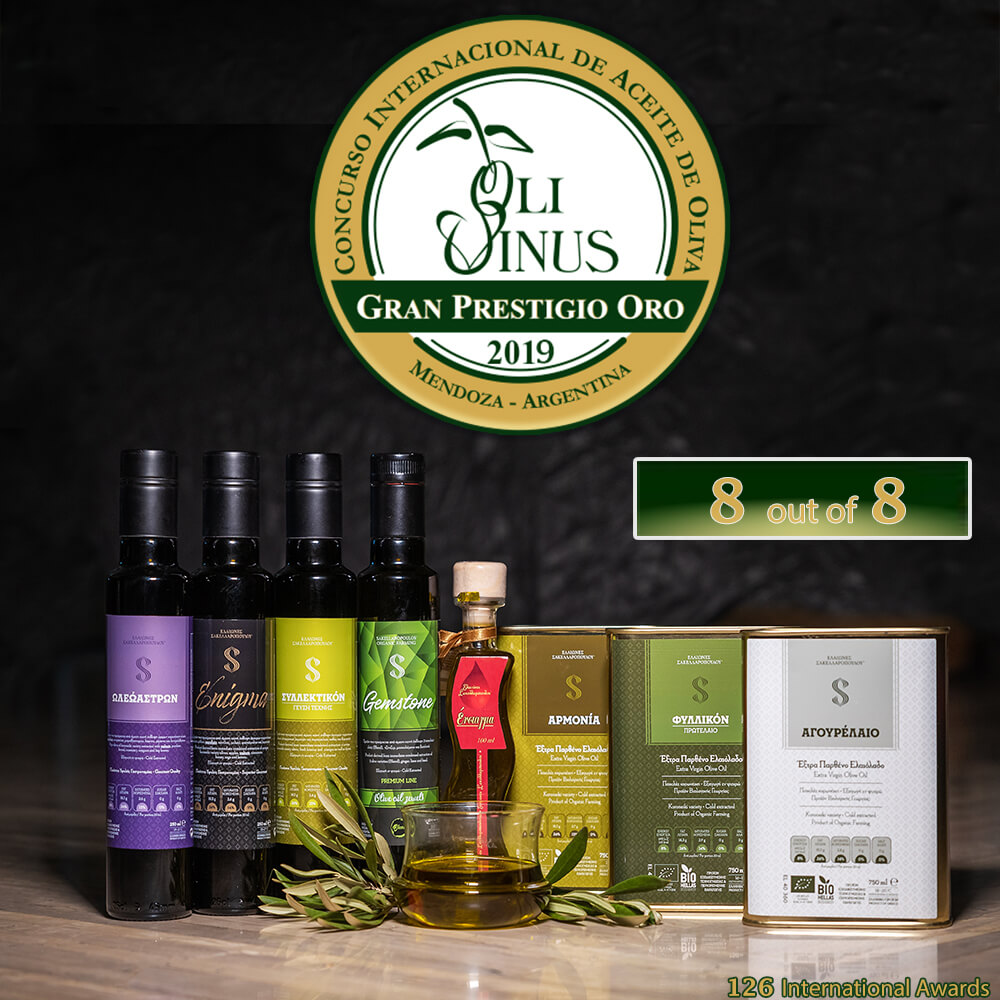 These 8 major awards constitute the 126th international award for Sakellaropoulos organic farms, a unique record for a Greek single-estate producer of organic olives and olive oil.