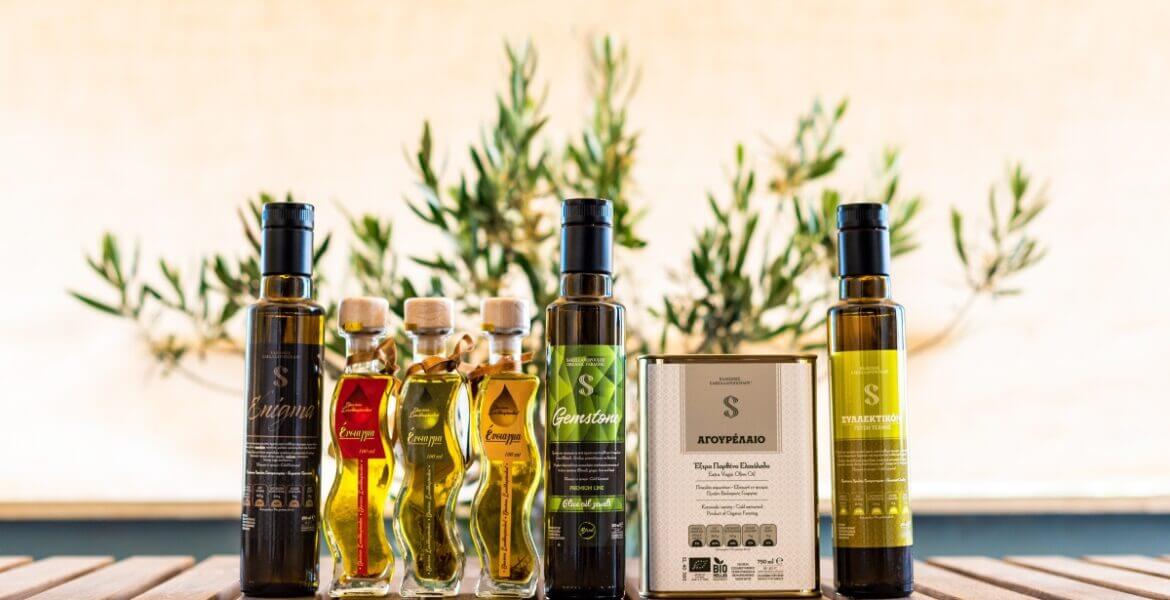 The Greek olive producer who has been honored with 400 international awards for quality and innovation in an interview with the Athens-Macedonian News Agency (ANA) revealed the small and big secrets of his success.
Speaking about Greek olive production two and a half years ago, he had said that it was a “marathon”. At that time he was awarded with 100 international awards. 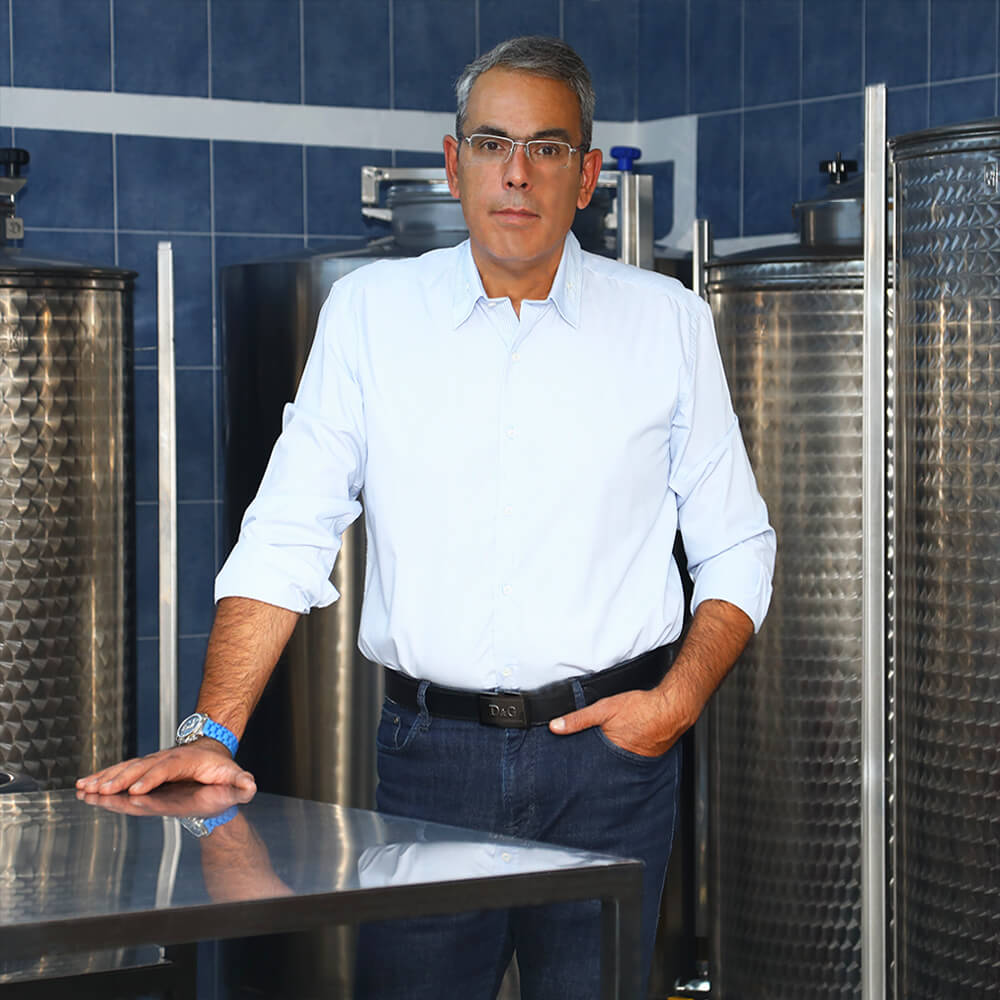 Today, 300 awards later, George Sakellaropoulos, owner of the homonymous olive groves at the foot of Taygetos and Parnon mountain range, proves that he is now an olympian-marathon runner, with a record performance that can hardly be achieved by any other olive oil producer on the planet (his own points contributed 28 pct of the 14,727 points that Greece acquired, winning this year first place in the world in the basic category of high gastronomic flavored olive oils). 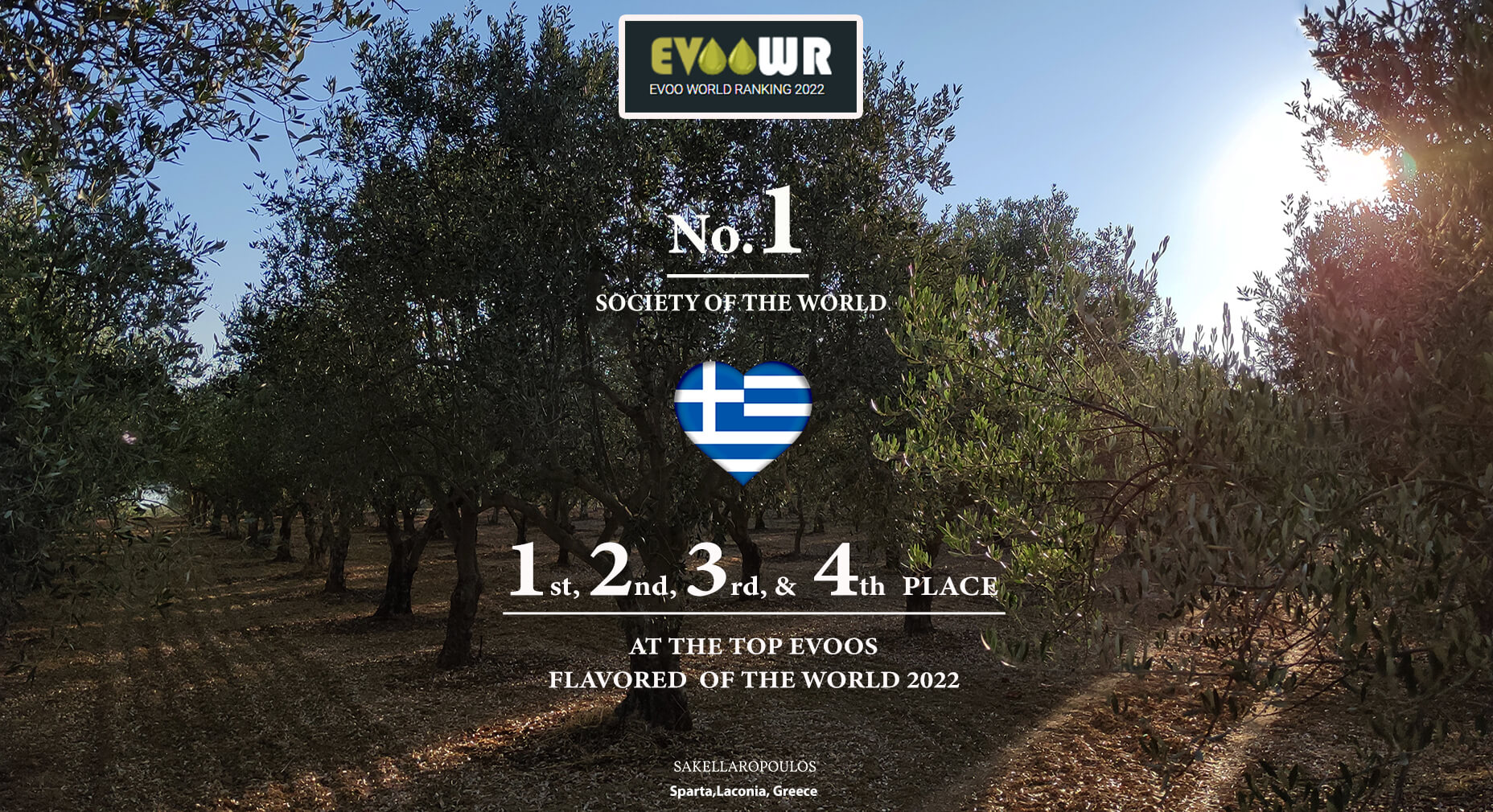 Behind these awards, the distinctions, the research projects that start from the National and Kapodistrian University of Athens and then reach Yale and Harvard, of the special olive oil that presents an astonishing content of 550 mg / Kg of oleocanthal (polyphenol), the extensive use of oil products in health beneficial preparations, creams and cosmetics, there are 30 years of persistent, organized, methodical efforts made by the Lacedaemonian olive oil producer-phenomenon to change the world map of olive oil in favor of the Greek national product, with his “tools” being the big demands of today’s business: quality and innovation. 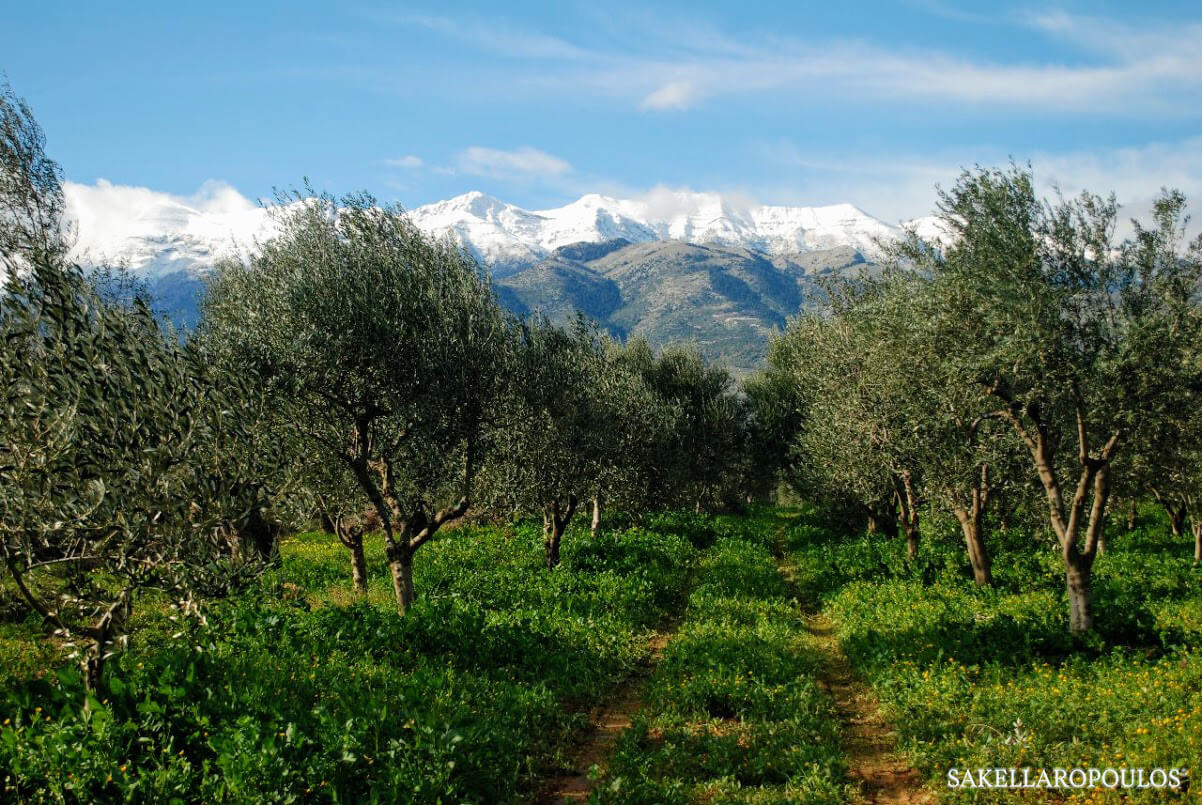 In his interview with ANA, Sakellaropoulos reveals both small and big secrets of success, and that the most recent of those who “run” in his marathon are olives in the form of powder in a capsule in order to lower cholesterol. The most significant is that in 16,584 olive oils, from 2105 companies in 37 countries of the world, the organic Agourelaio olive oil from his olive groves is in the TOP 10 best olive oils of Koroneiki variety in the world for 2021. And the most remarkable, is that 1000 firefighters from 44 US fire stations now know the Mediterranean diet and enjoy the Sakellaropoulos olive oil. 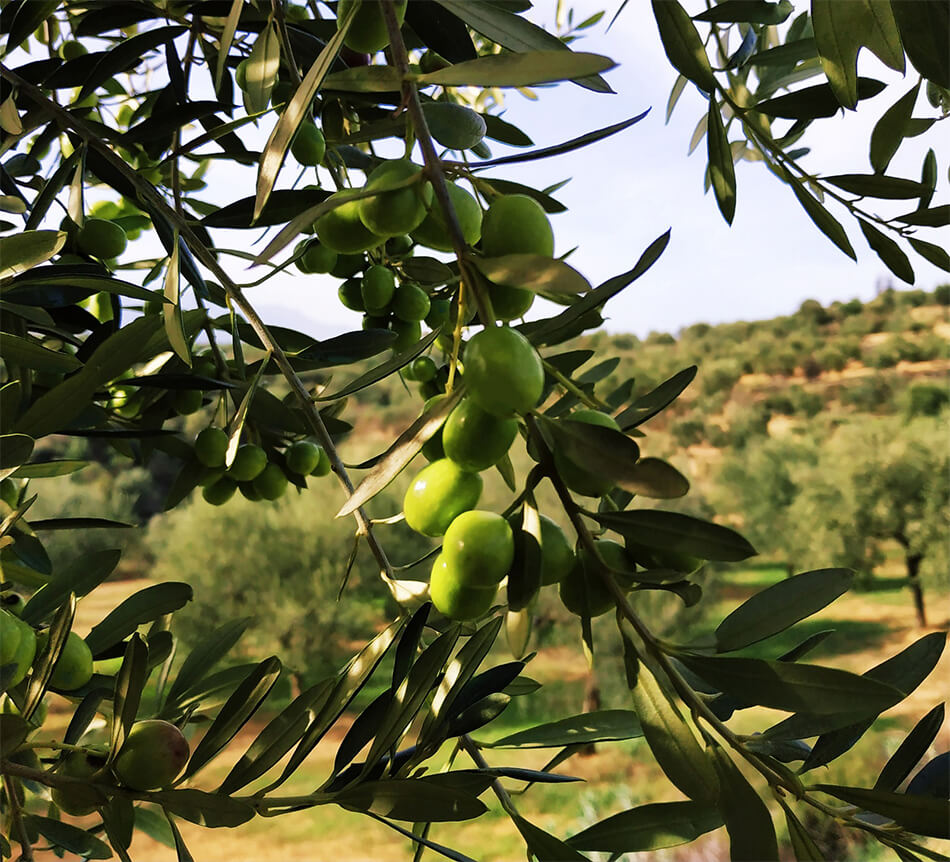 The full interview to ANA follows:

The 400 awards for your organic olives and olive oils are now a … World Record. What is the beginning, how did it evolve and what are the ingredients of excellence and uniqueness that lead to all these distinctions?

“My engagement with olive growing was the evolution of the special bond I had developed with the sacred olive tree and the natural way of life. The passion for quality and innovation motivated me in 1992, when organic farming was still an unknown concept in our country, to consciously choose certified organic olive growing, exclusively Single Estate.
The excellent combination of ideal conditions of microclimate, flora and fauna at the foot of Taygetos and Parnon, provides our organic olive products primary characteristics of superior taste and quality, which are collectively defined as Terroir “Sakellaropoulos Organic Farms” (bioarmonia.gr). 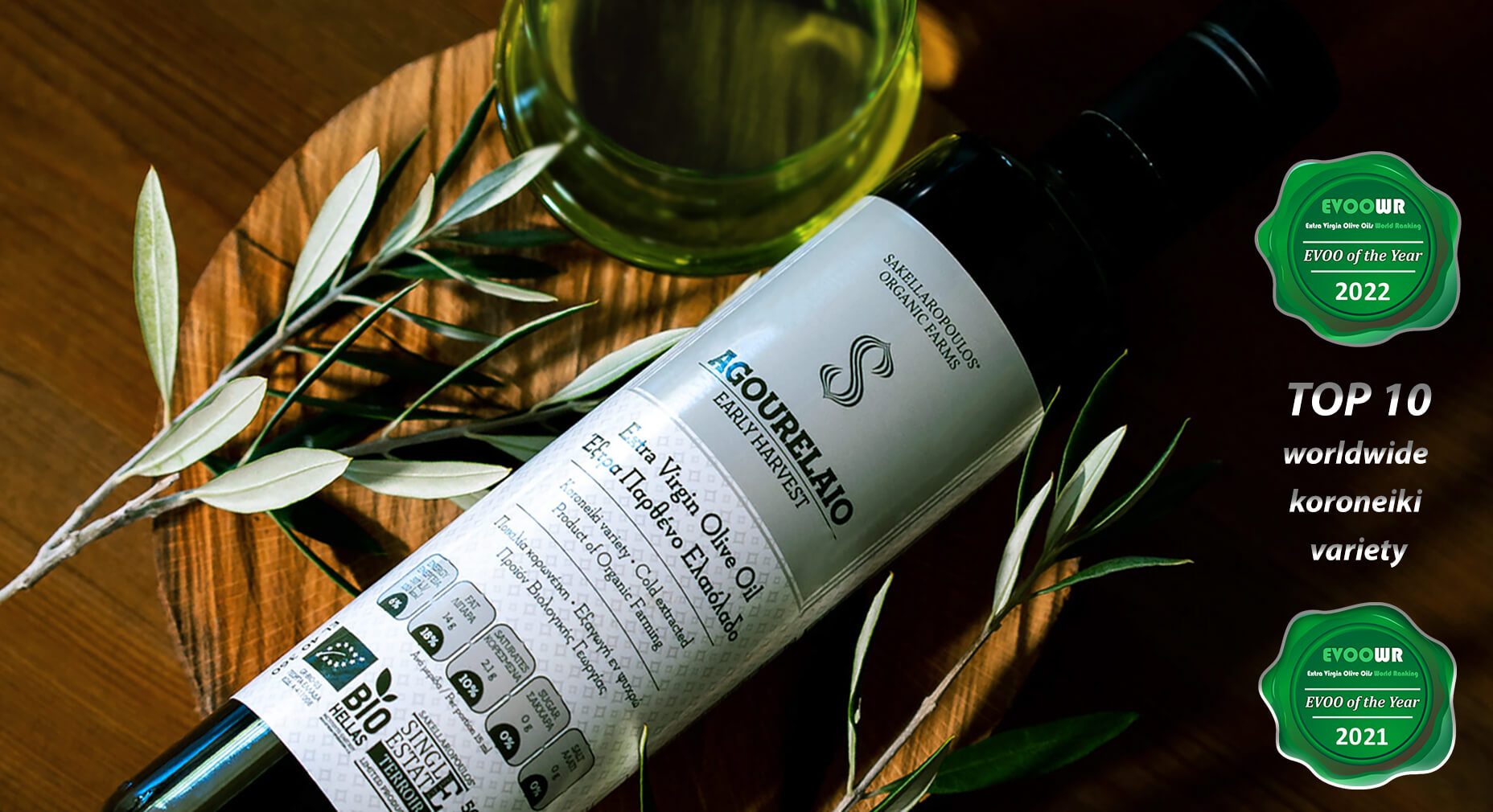 30 years ago, the journey that contained our dream and inspiration began and evolved, and with it brought the knowledge and experience to achieve the goal, in a special way but also with innovative methods developed in our organic olive products.

The criteria of stability all these years were based on three axes: high quality, scientific monitoring and facts. It was not a coincidence. In 2012, and only after twenty (20) years of testing and preparation that we went through, we began the conscious participation in the recognized international competitions around the world, with our triptych and flag our beliefs, which are: Greece first, then Sparta – Laconia and finally Sakellaropoulos Organic Farms. 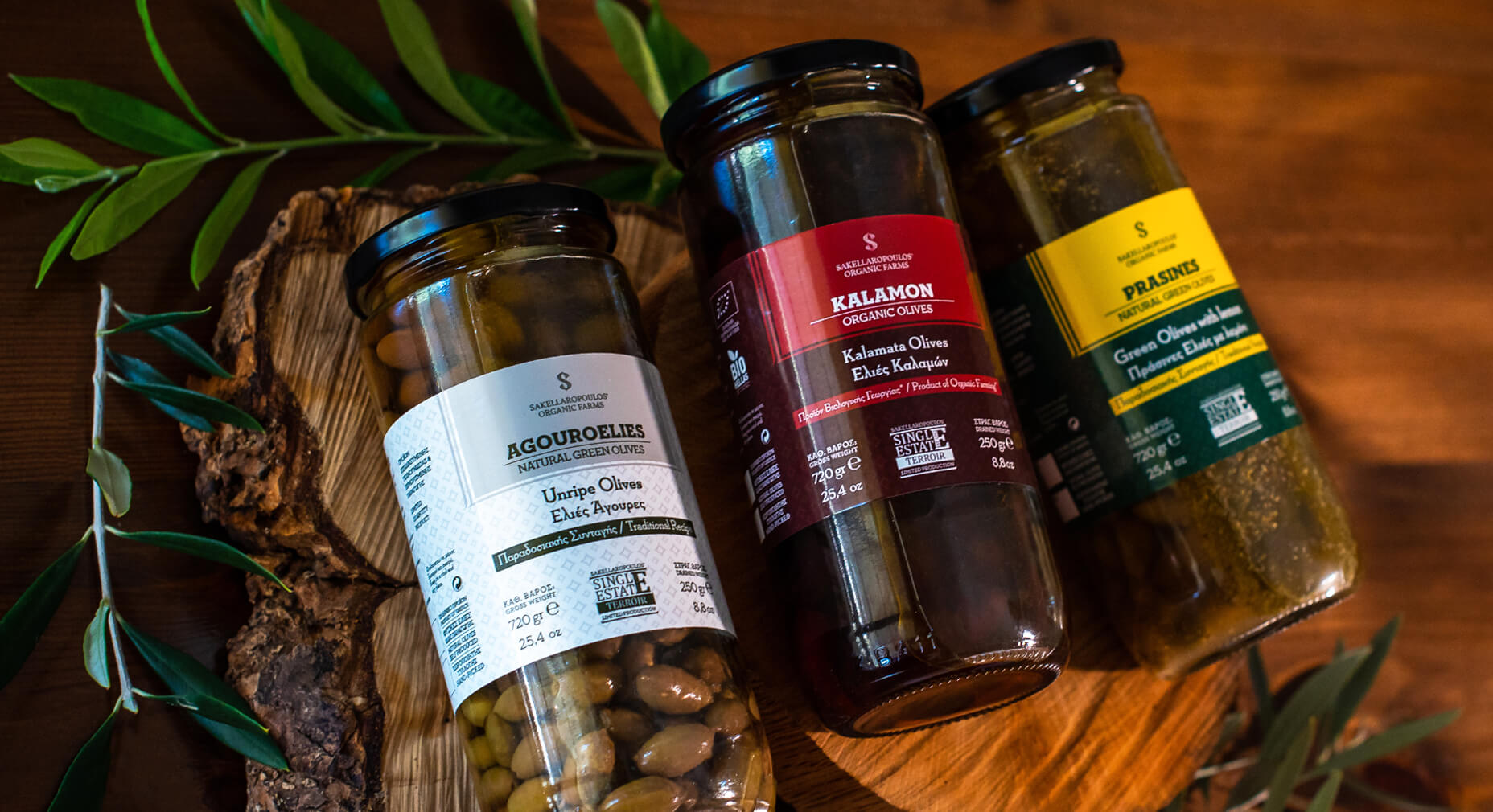 Do you consider any of these awards more important than others?

“Our participation and distinctions in competitions of high prestige around the world is a confirmation of our effort to achieve the highest possible quality. It is the proof and the passport for the global markets.

We compete internationally quality-wise with companies and producers from countries such as Italy, Spain, Tunisia, France, Morocco, Turkey, USA, Argentina, Chile and many others.

It is very difficult to single out our most important awards, but significantly I will mention those that Greece had never reached until today, as a country, mainly in the world ranking of olive oils.

I consider the highest achievement to be the attainment of the first five (5) places by our five (5) gastronomic olive oils, at the top of the world in their category, based on the world ranking EVOOWR for 2021, creating a new record of points (in order: Majestic Blend Evoo, Masterpiece Blend Evoo, Oleoastron Gourmet Evoo, Flavored Gourmet Enigma and Syllektikon Gourmet Evoo). 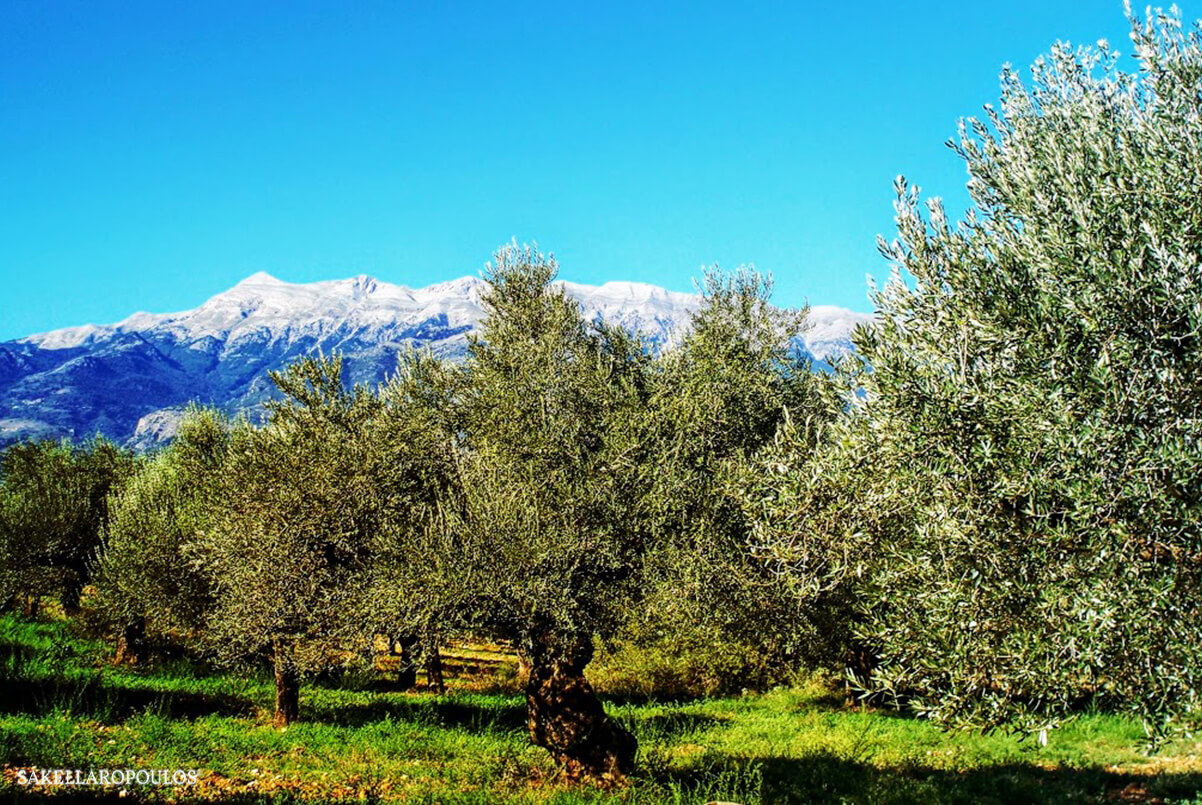 A special point of reference is that among 16,584 olive oils, from 2105 companies and from 37 countries of the world, our organic Agourelaio olive oil was ranked in the TOP 10 best olive oils of Koroneiki variety in the world for 2021, while our organic olive oils Fyllikon First Harvest and Armonia Monovarietal ranked for the third consecutive year in the “Olive oils of the year 2021″ (EVOO’S of the YEAR 2021).

It is a great distinction and a special honor for us to witness our olive products ranking in the top positions in the world and to prove that they belong to the global elite of gourmet foods.” 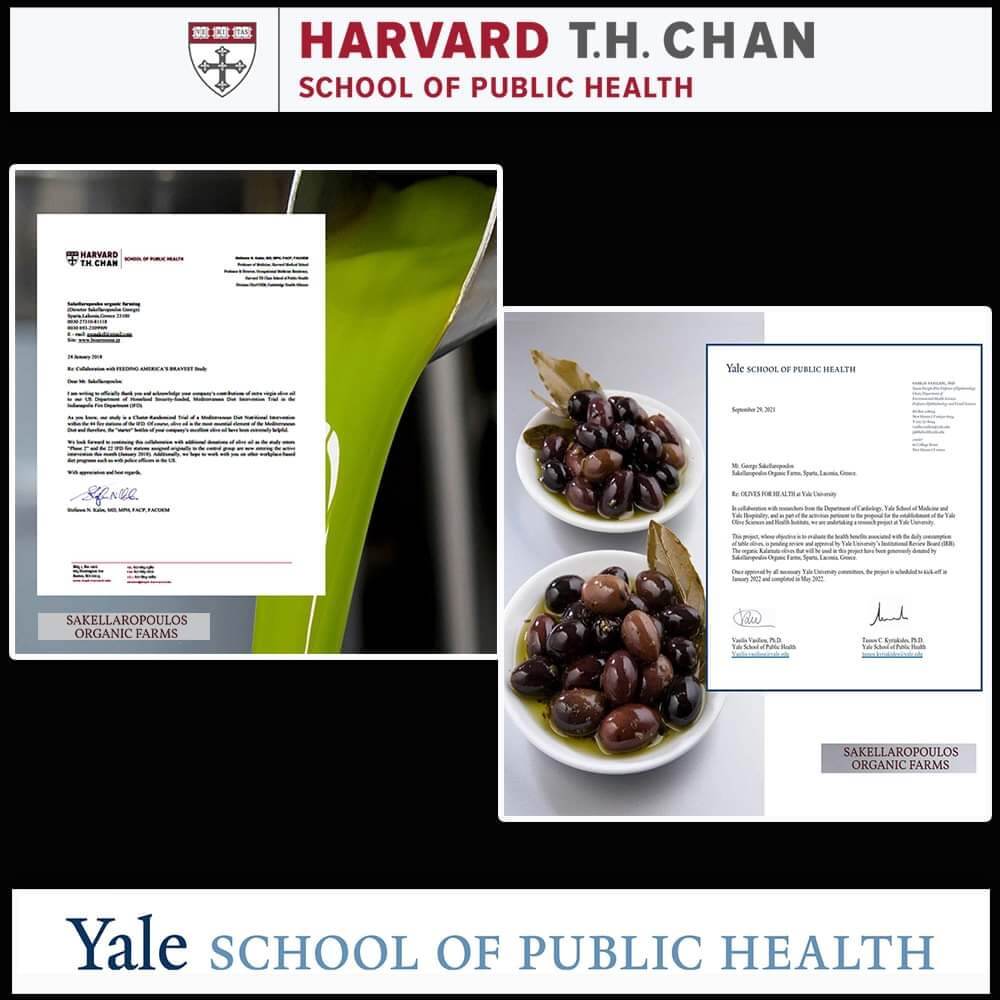 The olive oils and table olives of your farms are now in major universities, such as Yale and Harvard, through clinical research and studies. How are Greek functional foods “utilized” in such studies?

“We have focused, with scientific documentation and international recognition, on the production of high quality functional foods, that is, foods that have proven benefits for human health.

Today, our organic olive oils are being used in the three-year “Mediterranean Diet Intervention Trial”, conducted by Harvard University and the School of Public Health, on the daily diet of 1,000 volunteer firefighters at 44 fire stations in the United States.

Additionally, the organic Kalamata olives of our farms participate exclusively in the research project entitled “Olives for Health”, conducted by researchers from the School of Public Health of Yale University in the USA, in collaboration with researchers from the Department of Cardiology of Yale Medical School .

The purpose of these studies is to assess the benefits to human health that result from the daily consumption of our organic olive products. 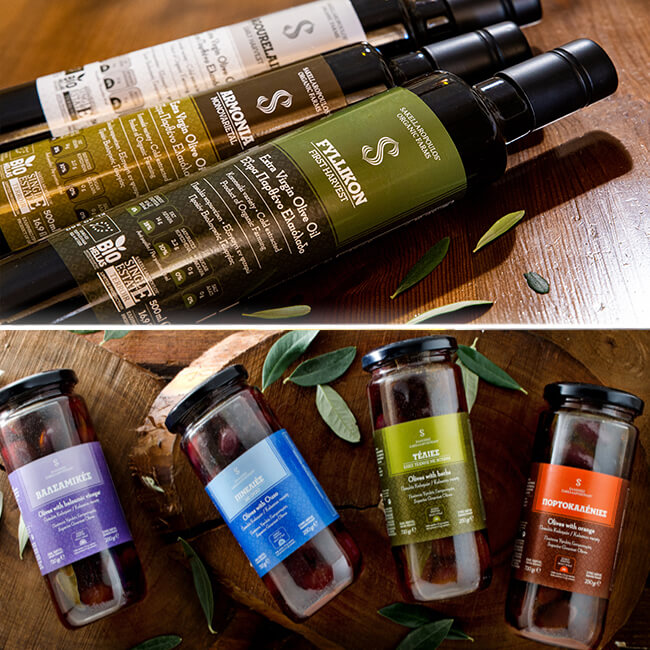 Also, important is the first clinical study of the National and Kapodistrian University of Athens (NKUA) on the positive effect of the daily consumption of Kalamata olives of our olive groves, on the lipidemic profile of healthy volunteers and in particular on the LDL / HDL cholesterol ratio and the protection of the cardiovascular system.

Furthermore, a second clinical study was conducted, from 2017 to 2021, in which more than 100 patient volunteers participated and the results of which are expected to be announced soon.

The impressive results of these clinical studies, with a daily intake of only 5 of our organic olives, allowed the research team of the Department of Pharmacy of NKUA to convert the table olives by Sakellaropoulos Organic Farms into the form of an encapsulated powder with an international patent, for their beneficial effect in the regulation of cholesterol levels.” 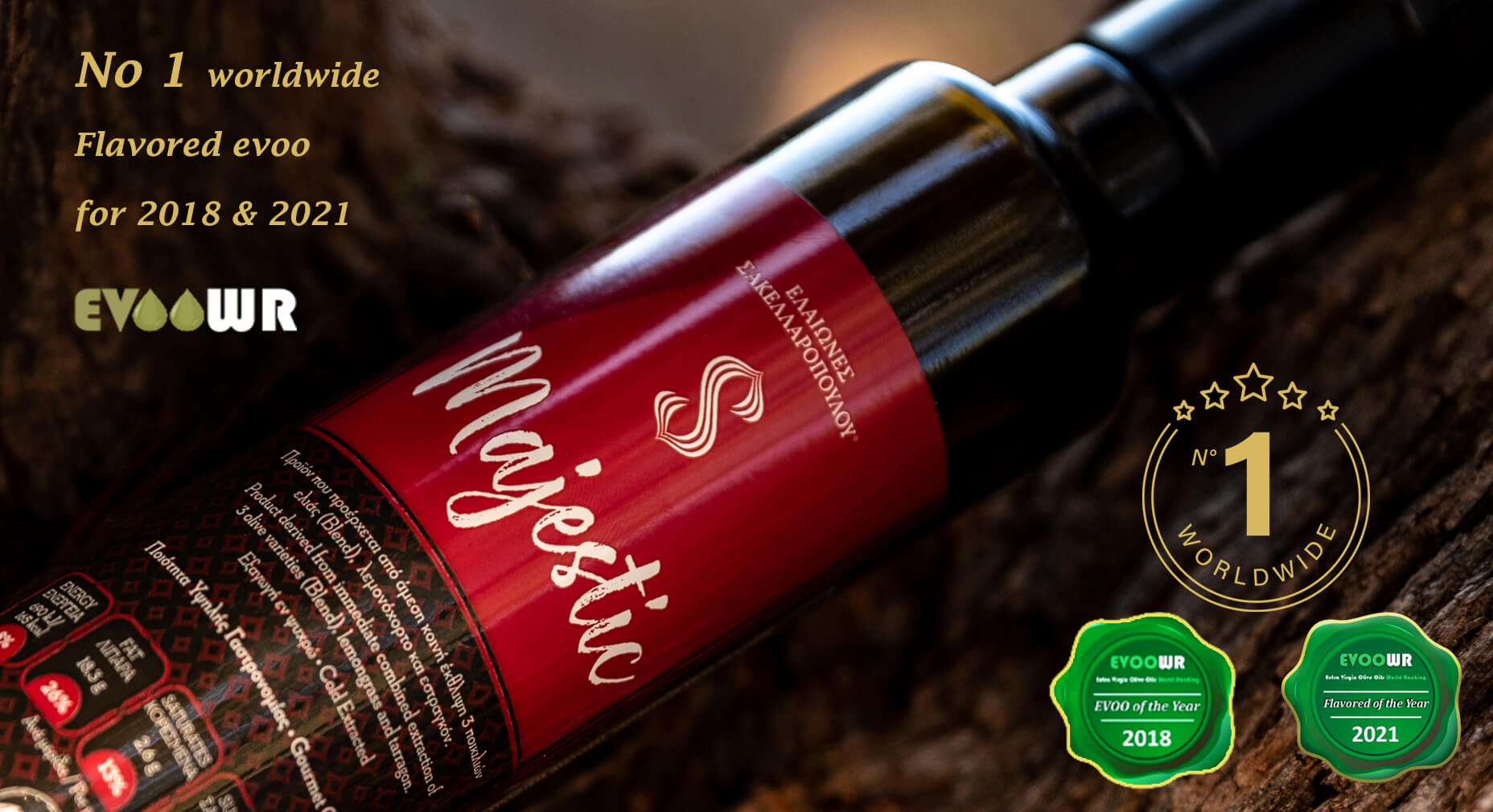 You started the… marathon in organic olive growing 30 years ago. Does your accumulated experience allow you to estimate-predict the future of olives and olive oil from Greece towards the international markets?

“Overseas markets and exports have never been easy, they are highly competitive and only the best can survive in such a marathon.

As all modern statistics and our personal experience show, we are now convinced that consumers internationally appreciate and turn towards special products and especially to organic functional foods, quality foods with a specific identity.

This identity and therefore the added value given to gourmet products must be factual. Either in the form of specialized analyses, international awards and distinctions, recognized qualities such as health claims, clinical studies, special features and combined uniqueness.

Thus, products that have innovations, special features and recognized quality can be exported much easier, as they give a variety of “guarantees” to the consumer in order to choose them. This is the plan and the course we want to follow as Sakellaropoulos Organic Farms in the future. We remain faithful to the path we set out about 30 years ago and we are evolving, without deviating.” 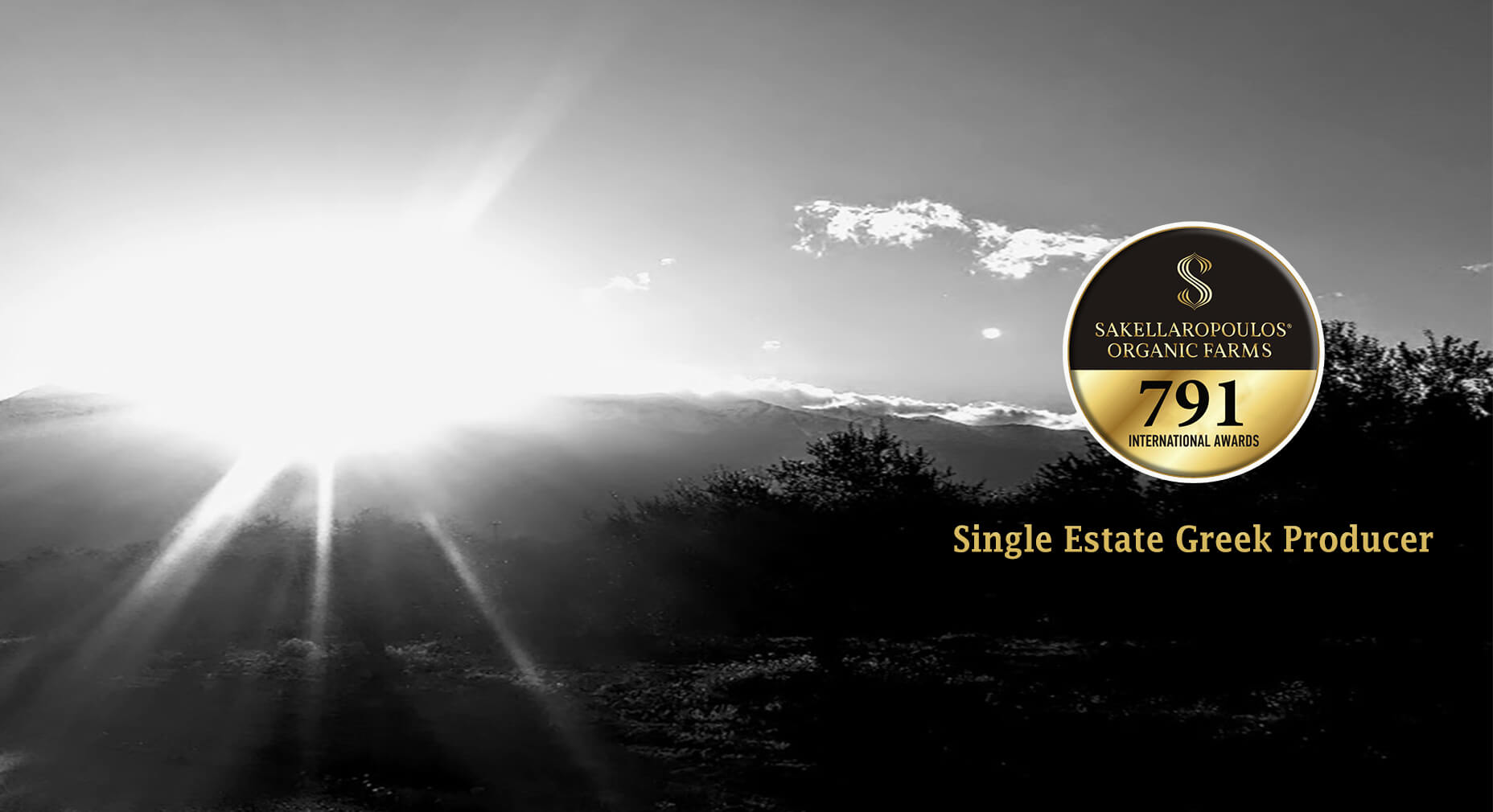