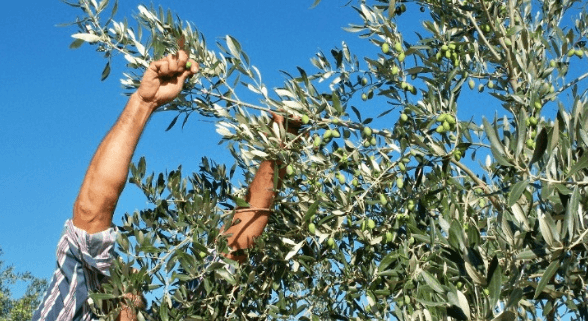 Organic, award-winning, without pasteurization and chemical additives, Greek Kalamata olives as well as olive oil, from the roots of Taygetus, have been “studying” in famous universities of the USA in recent years.

For the Spartan organic olives, it is in fact the first time that they take their “own test”, by participating in research programs of universities of the USA not just as a simple or bio-functional food but as a potential food supplement that can offer multiple benefits to human health.

The beginning was made by Harvard and Yale which study olive oil and the content of table olives from the well-known and multi-awarded Sakellaropoulos Organic Farms, in Sparta Laconia.

This was followed by at least three other universities that are planning similar studies, while one of these and specifically the one carried out by Yale University under the general title “Olives for Health”, which is conducted by the Yale School of Public Health and the Department of Cardiology at the Yale School of Medicine, is now included in the well-known scientific open database of clinical trials ClinicalTrials.gov, of the 50 USA states and 220 other countries, and is maintained by the National Library of Medicine at the US National Institutes of Health.

“Olives for Health” is a new Yale research project on human health, related to the daily consumption of table olives and aims to evaluate their effect, as a Dietary Supplement, on indicators such as LDL cholesterol, LDL/HDL ratio, glycated hemoglobin HbA1c and C-reactive protein CRP, in approximately 226 volunteering participants aged 18-23 years.

The selection of these specific organic olives by the Yale research team was made “because of their very high content of polyphenols that exceed by about 500% the average of the polyphenols found in table olives in general”, the owner of the olive groves George Sakellaropoulos told ANA-MPA answering the question why the area and the organic olives of his olive groves were chosen. “In particular, these olives contain high concentrations of two polyphenols, tyrosol and hydroxytyrosol, health-protective substances that have been attributed antioxidant and cardioprotective properties…”

“Based on the analyzes carried out with the Nuclear Magnetic Resonance Method, Mr. Sakellaropoulos adds, these olives contain over 1700 mg/Kg of phenols, so the daily consumption of just of 3 grams of olives provides more than 5 mg of hydroxytyrosol, tyrosol or their derivatives, corresponding to the consumption of 20 grams of olive oil, which belongs to the category of olive oils with health claim, that contribute to the protection of blood lipids from oxidative stress, according to European Regulation 432/2012.

ClinicalTrials.gov (in which Yale’s Olives for Health research project is coded NCT05218980) provides easy access to information and results of clinical trials from university institutions and research centers. Studies are usually submitted to the website at the time of their initiation and new data are added as they arise.

It is worth noting that this is the first study, which is conducted and registered on ClinicalTrials.gov and is carried out with Greek organic Kalamata table olives.

At Harvard, according to the data provided to ANA-MPA by Mr. Sakellaropoulos, at the famous School of Public Health, the Feeding America’s Bravest research is underway, an interventional research that attempts to determine the benefits of the Mediterranean diet and specifically of organic olive oil in the diet of more than 1000 American firefighters.

These are selected groups of firefighters who participate voluntarily. The aim of the study is to prove that by changing nutritional habits in a scientifically proven way, in groups of people who have a high risk of disease and especially heart attacks in their line of duty, such as firefighters, this risk is reduced to extremely high and remarkable rates. It has been found that one out of every three firefighters in the US is obese and heart attacks are the number 1 cause of death in their line of duty.

“We have focused, with scientific documentation and international recognition, on the production of high-quality functional foods, which are food foods whose daily consumption, due to their ingredients, has proven benefits for human health,” says Mr. Sakellaropoulos.

The first clinical study, however, was not carried out across the Atlantic but … in Greece, as the Department of Pharmacognosy and Natural Product Chemistry of the National Kapodistrian University of Athens (NKUA) was the first to study the positive effect of the daily consumption of Kalamata-type organic olives from these specific olive groves, focusing on the lipidemic profile of healthy volunteers and in particular the LDL/HDL cholesterol ratio and the protection of the cardiovascular system.

At the same time, a 4-year clinical study was conducted with 100 volunteer patients, the results of which are expected to be announced very soon. The beneficial components concentrated in a few olive fruits, made it possible for the research team of the Department of Pharmacy of NKUA to convert these olives in the form of powder and then in capsule, for their beneficial effect in the regulation of cholesterol levels. The NKUA team has proceeded to register this method with an international patent. 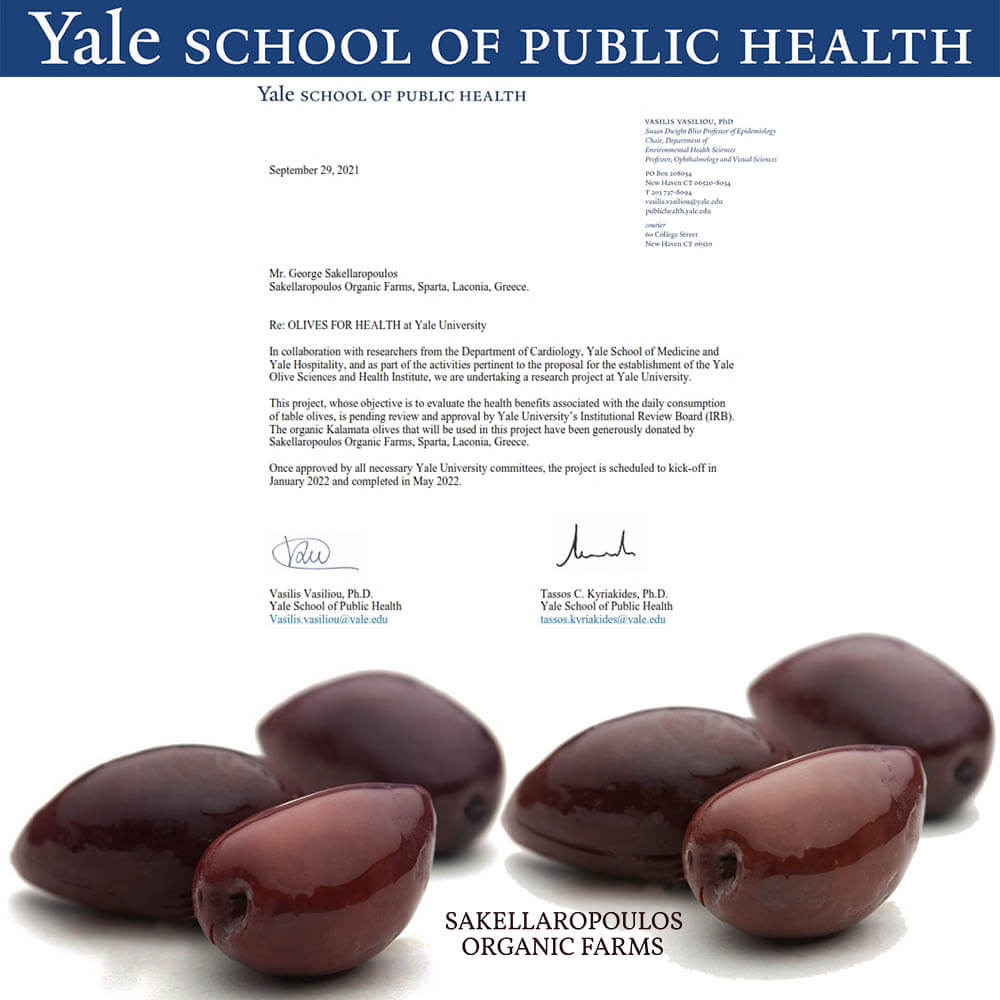 These specific olive groves, as recently announced by Mr. Sakellaropoulos, continue to collect awards for their olive products, increasing their… unbreakable world record, reaching 558 awards. In the latter, new special and unique awards for the quality and taste of their gourmet olive oil and olives were added in global “difficult competitions” in which Greek olive products had never achieved significant distinctions.

These are the international competitions in Monte Carlo – Monaco, Verona – Italy, Paris – France, Tokyo – Japan and most recently in London.

Especially in Verona, Mr. Sakellaropoulos characterizes the distinction as “a rare and historic event in international olive growing” as an entire category (the first place and the 6 Finalisti Premio olive oils in total) all had the taste of Sparta and his organic olive groves, in the recognized international olive oil competition AIPO D’ARGENTO 2022.

“For our organic farms, all 15 awards in our 15 participations in the London Olive Oil International Competition 2022 have a special and … important significance” points out the multi-awarded olive producer. “We participated in an international competition for the first time in 2012 in London, following 20 years of preparation, and by winning top awards we demonstrated the superior level of quality and taste that we always aim for in our olive products. There, 10 years later with scores reaching 98%, we were again at the top exceeding 500 international awards, years and numbers certifying a superior lasting quality…”