Sakellaropoulos Organic Farms present at the European call of haute cuisine with the Greek colors in Dijon, France 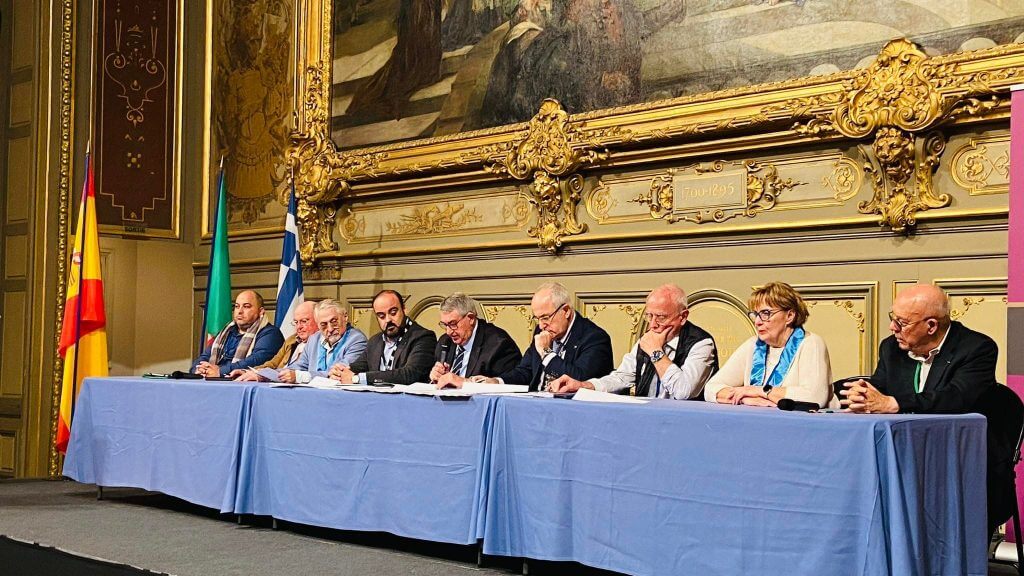 The 19th Conference of the European Oenogastronomic Brotherhoods Council of Ceuco was concluded with great success in the city of Dijon, France on October 14-15-16, 2022.

The Diplomacy of Greek Gastronomy was the point of reference at the conference with a wide variety of Greek products, created by the Acropolis Chef's Club of Attica presented at the stand, that were visited and tasted by over 600 delegates, visitors and guests of CEUCO such as olive oil, olives, souvlaki, trachana, lentils, chickpeas, beans, various cheeses, feta cheese, wines, oregano, pies, spoon sweets, etc.

At the CEUCO (Conseil Europeen des Confreries Oenogastronomiques) conference, concerns and questions were raised about the increases on a global scale in the primary and secondary sectors, but also about the quality and promotion of Gastronomic and Oenogastonomic Tourism in Europe and especially about simple biological need of tourists to have a proper and quality meal, as mentioned by the President of CEUCO, Mr. Carlos Martin Cosme.

The speech of the Vice-President of CEUCO and president of the Acropolis Chef's Club of Attica, Mr. Konstantinos Mouzakis, focused on the fact that the main goals for introducing every EU citizen to the culture and tradition through the flavors of Europe, is to preserve and promote the historical, cultural and quality dimensions of local gastronomy by encouraging economic development and raising awareness among the population of the European Union. 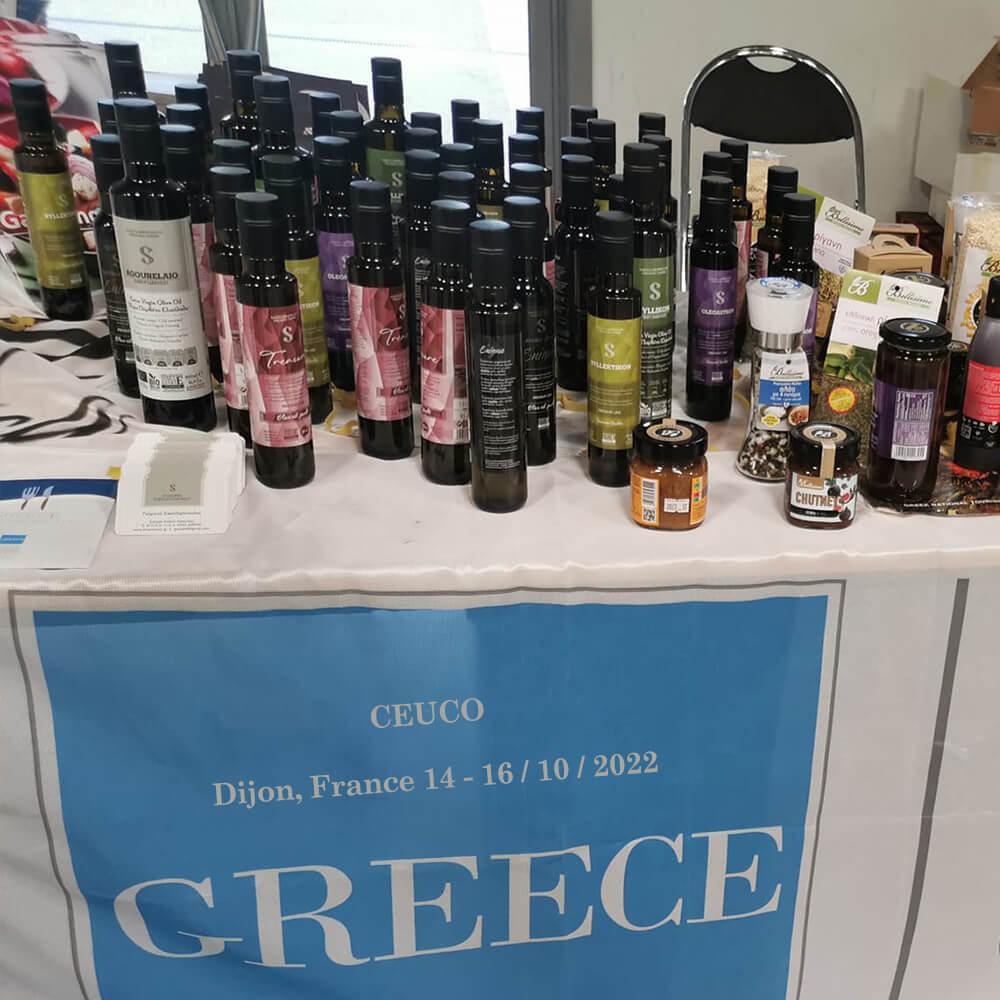 The Hellenic Mission presented Greek Cuisine through its unique products. Sakellaropoulos Organic Farms were present for the Greek colors throughout this European call of haute cuisine, with the whole range of their specialized organic and gourmet olive oils and table olives, which were tasted by the delegates, visitors and guests of CEUCO, as a representative sample of Greek organic olive farming, leaving excellent impressions for their authenticity and innovative combinations.

It should be noted that at the conference, there were three (3) major awards for the Greek colors, which brought Greece to the top of Europe and are:

Chef Européen 2022 – Vassilis Mpekas – Greece
Vassilis Bekas, the head chef of the Presidency of the Hellenic Republic, was named the best chef in Europe for 2022

For the excellent conduct of the 19th Conference of the European Oenogastronomic Brotherhoods Council of Ceuco, the Secretary General for Greeks Abroad and Public Diplomacy of the Ministry of Foreign Affairs Mr. Ioannis Chrysoulakis, the President of the GNTO Ms. Angela Gerekou and the Secretary General of the GNTO Mr. Dimitris Fragakis collaborated. In the city of Dijon, the Greek delegation attended and supported the conference, as well as the Deputy Mayor of Tourism in Piraeus, Mrs. Zarakelis.