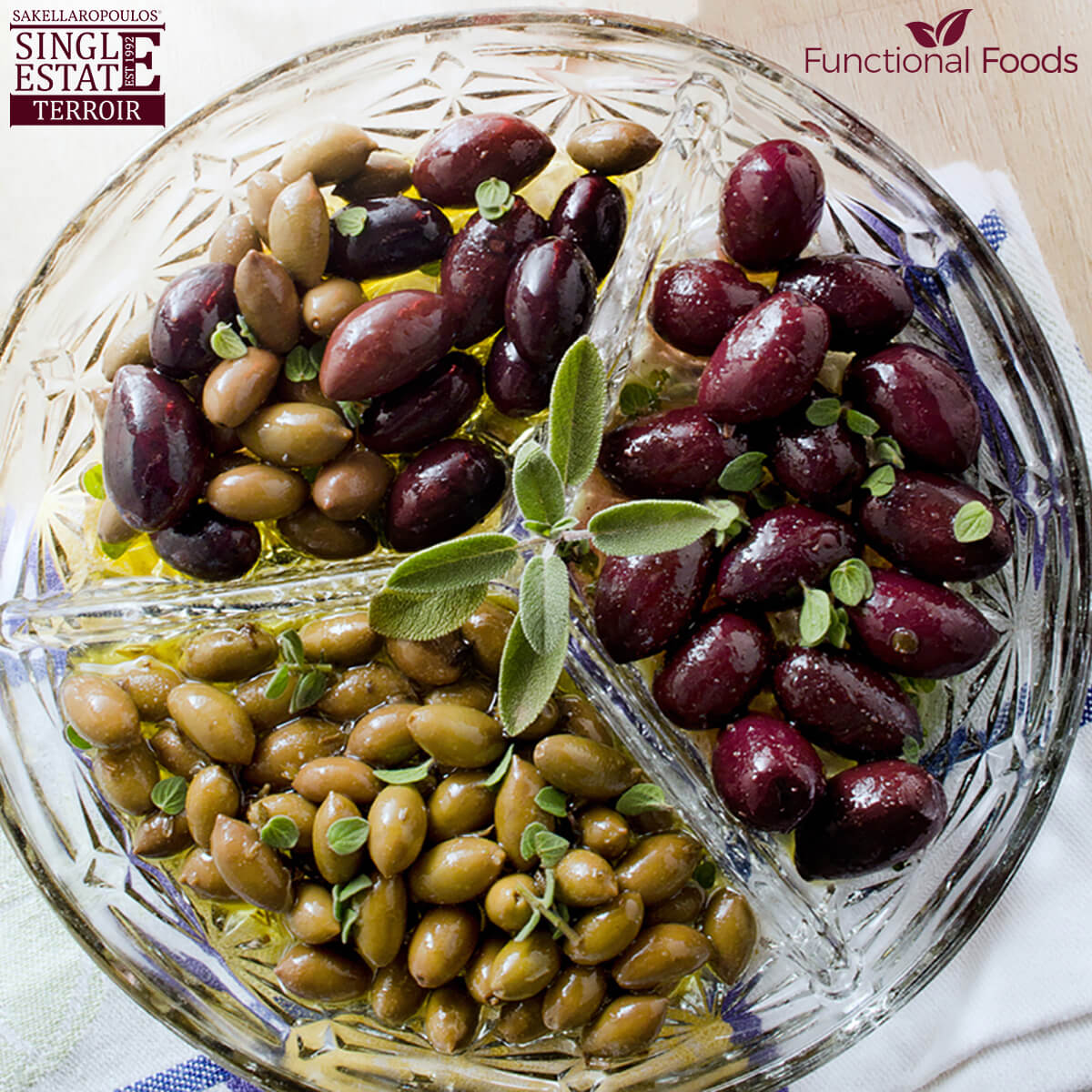 OFFICIAL ANNOUNCEMENT OF ANALYSIS-RESEARCH IN THE ORGANIC TABLE OLIVES OF SAKELLAROPOULOS ORGANIC FARMS BY THE DEPARTMENT OF PHARMACY OF National University of Athens (Pharmacognosy and natural products chemistry).

With a great pleasure and honor, we inform you about the results - findings of the specialized analyzes, to which our 9 (nine) commercial types of organic table olives, Kalamata variety, were submitted, where we cultivate and produce exclusively in our organic olive groves in Sparta, Laconia.

The main goal of the study was to identify a group of natural substances - antioxidants, known as polyphenols - with the predominant antioxidant HYDROXYTYROSOL - benefiting the human body with their daily consumption through diet.

Hydroxytyrosol has been officially recognized by Regulation 432/2012 by the European Food Safety Authority (EFSA) as protecting blood lipids from oxidation, a damage that is known to affect cardiovascular health and a number of other diseases, provided that its daily intake is greater than 5mg.

These antioxidants, mainly hydroxytyrosol and tyrosol, are now measurable, thanks to the research and contribution of Professor of Pharmacy Mr. Magiatis Prokopiou and Professor Melliou Eleni, University of Food and Chemistry Collaboration with the UC Davis Olive Center (University of California) whom I thank publicly for the honor and all their cooperation.

The findings - results of the analyzes are extremely interesting and honorable for the organic olive groves of Sakellaropoulos since they are the highest in percentages of HYDROXYTYROSOL AND TYROSOL that have been found to date, in commercial samples of edible olives the average of all the other samples of table olives that have been analyzed over time. (the average in tyrosol is 134 μg / g and in hydroxytyrosol 244 μg / g, as published in the Journal of Agricultural and Food Chemistry 2010, 58, 46-50).

Note that our olives that were analyzed are fully commercial samples while these results are up to 7 times higher than the general average in tyrosol and hydroxytyrosol content of all commercial olive samples (average in tyrosol is 134 μg / g and in hydroxytro 244μg / g).

At the same time, a daily consumption of 3-7 grams (1 or 2 olives) of our organic olives, provides the body with a higher percentage than the limit of 5 mg of hydroxytyrosol, tyrosol or their derivatives and corresponds to the consumption of 20 grams of oil belonging to the category of olive oils that protect against the oxidation of blood lipids in accordance with Regulation 432/2012 of the European Union.