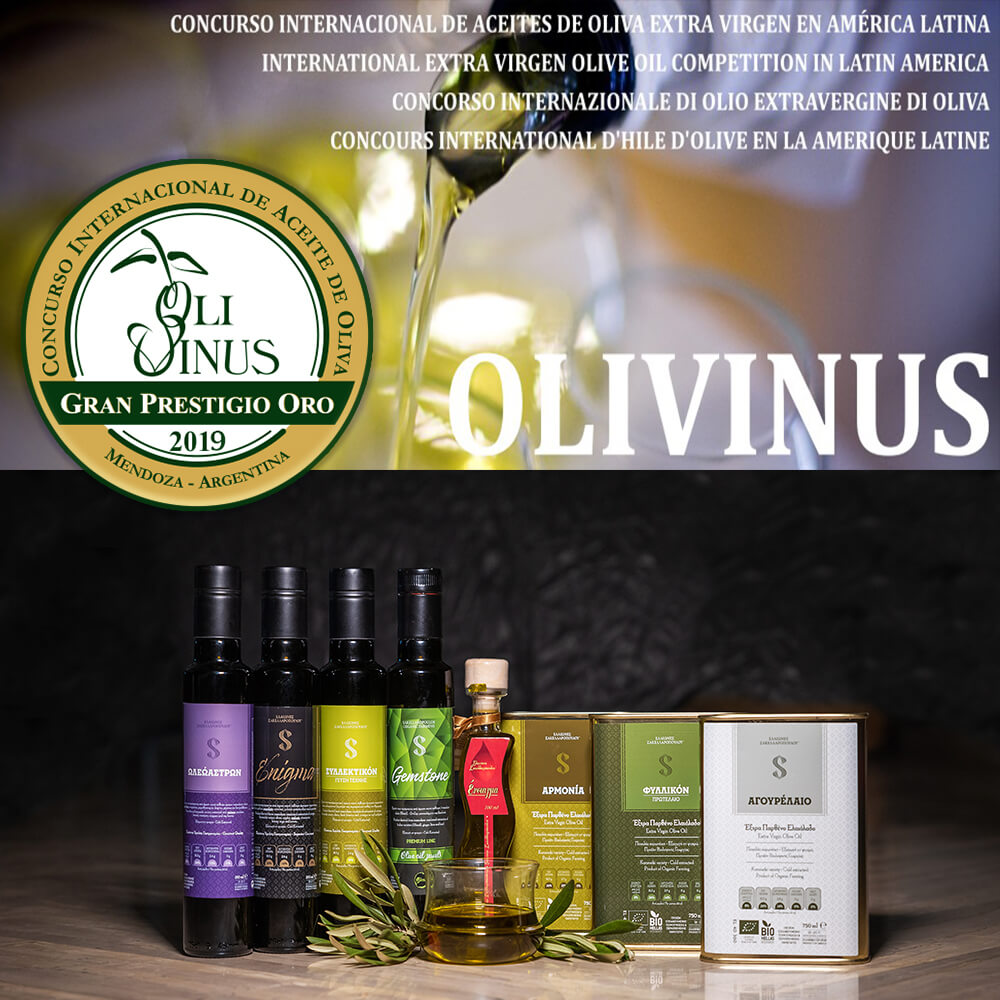 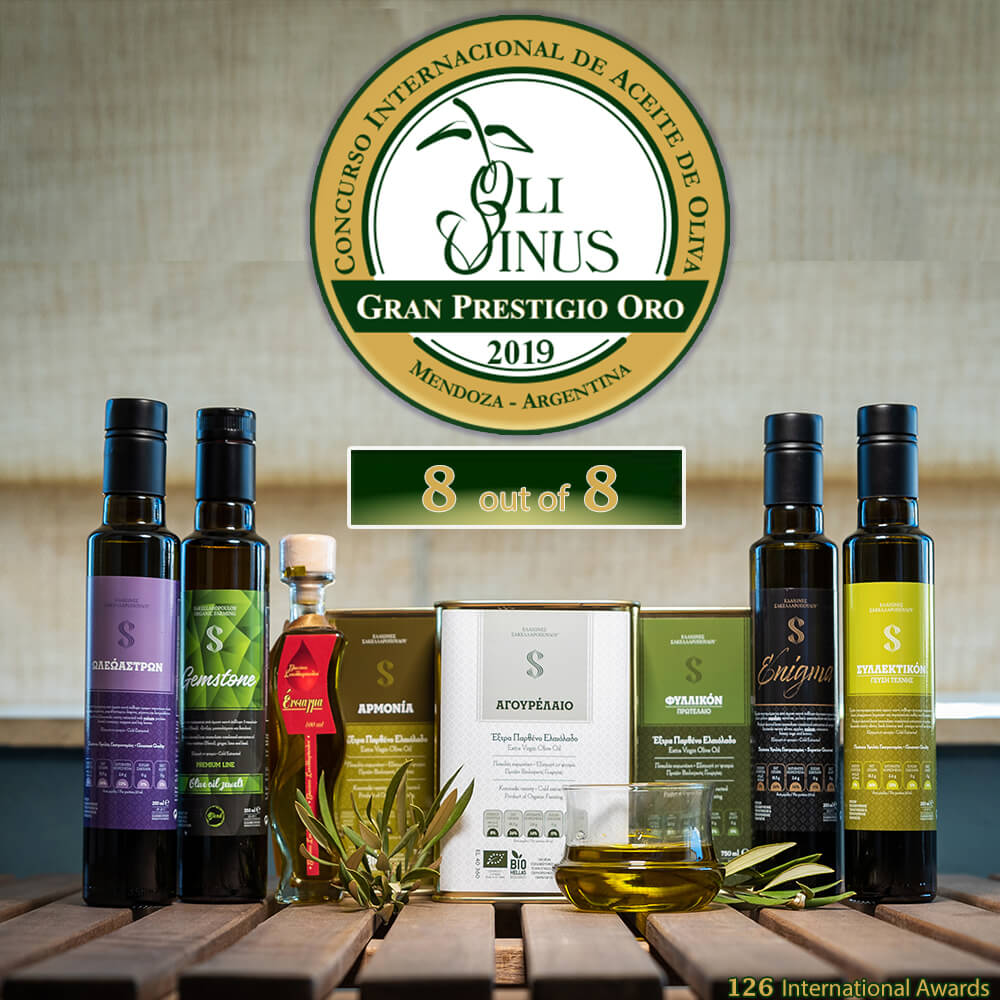 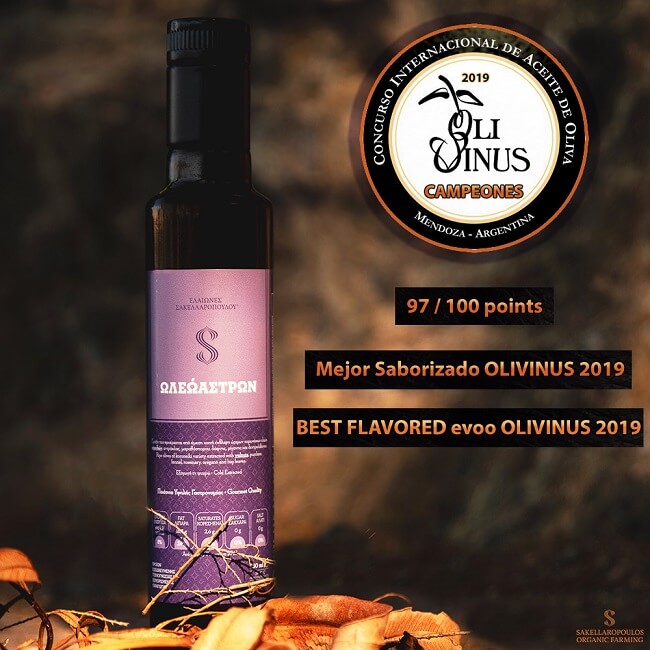 At the same time, our organic “Agourelaio” was honoured at the finals by the group of children's olive oil tasters, between the ages of 8-16, at the international competition Olivinus in Argentina with the highest distinction "Selected by Ninos / SELECT by Kids", among the best olive oils in the competition, also the only Greek olive oil awarded in this category. 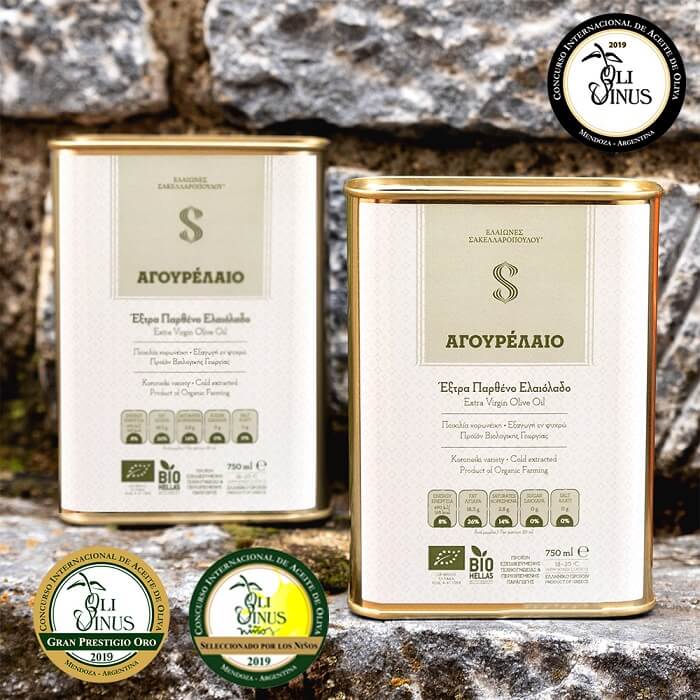 These 8 major awards constitute the 128th international award for Sakellaropoulos organic farms, a unique record for a Greek single-estate producer of organic olives and olive oil.