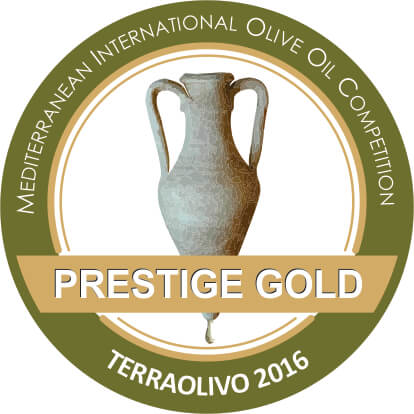 Terraolivo is consolidated as the 3rd competition in global importance, for Evoo World Ranking , which includes the results of all international competitions in the World.

It took place in Jerusalem, Israel, from the 6th until the 9th of June, 2016, where over 630 olive oil samples participated from 19 countries such as Spain, Italy, Greece, Tunisia, Turkey, Portugal, Israel, Argentina, the U.S.A., Uruguay, Peru, Saudi Arabia, etc.

This award is a great honor for us, because we have received it from expert panel tasters of many different countries, while the TerraOlivo international competition ranks in the top 3 competitions worldwide. This award, combined with all the awards that Syllektikon limited edition has received, results in it being one of the most awarded flavored olive oils in the world and one of the top best flavored olive oils in Greece.

For Sakellaropoulos Organic Farms this is the 16th award for 2016 and a total of 54 awards from national and international competitions during the course of the last 5 years.