One distinction after another has raised the total number of international awards for Sakellaropoulos Estates and George Sakellaropoulos to 115, a record for a Greek olive producer! 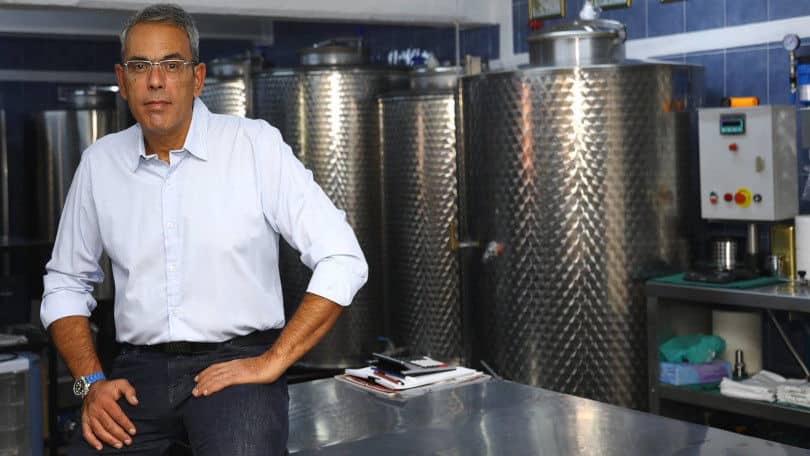 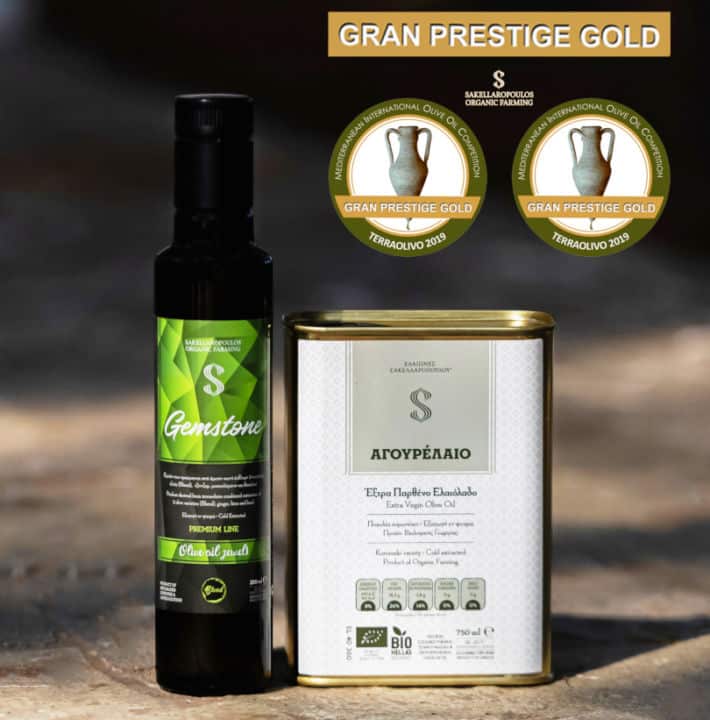 The competition took place in the city of Jerusalem, Israel from the 3rd to the 6th of June 2019 where 20 countries such as Spain, Italy, Greece, Tunisia, Turkey, Portugal, Israel, France, Argentina, the US, Peru, etc. participated with more than 500 samples of olive oil.

The international experts, certified olive oil tasters, examined all of the olive oil samples with the blind taste method (blind tasting), based on the rules and standards of the International Olive Oil Council. 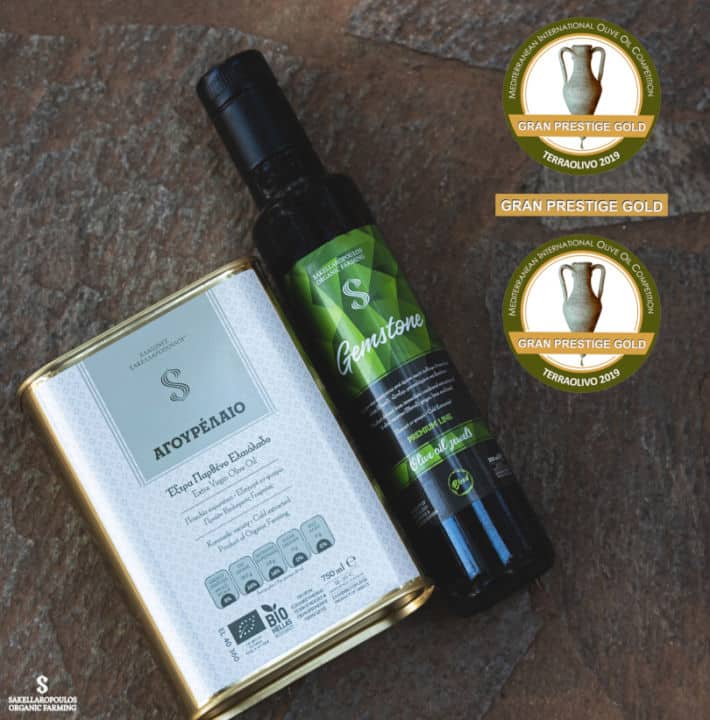 Sakellaropoulos Organic Farms, having accumulated a very high score which exceeded 90/100, were honored with a great double distinction for both olive oils, from the expert panel of olive oil tasters of the TERRAOLIVO competition. 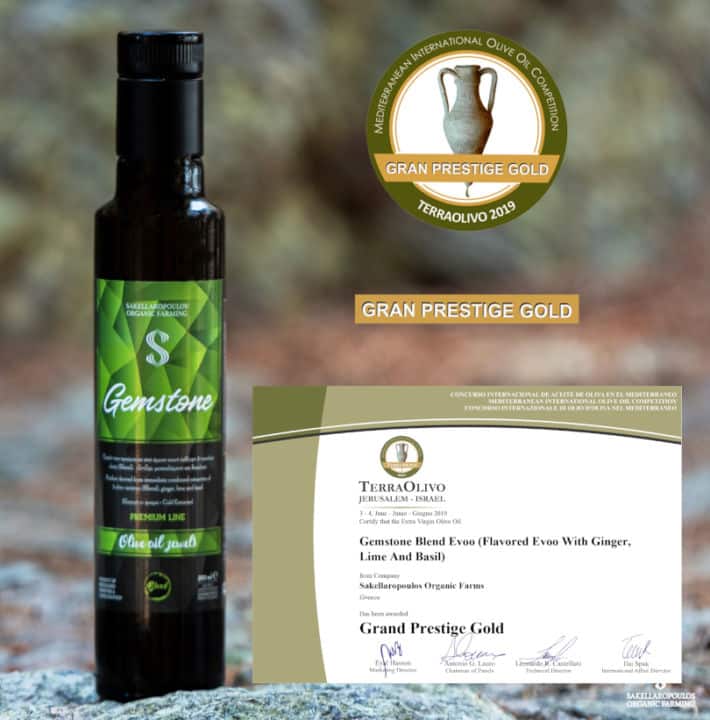 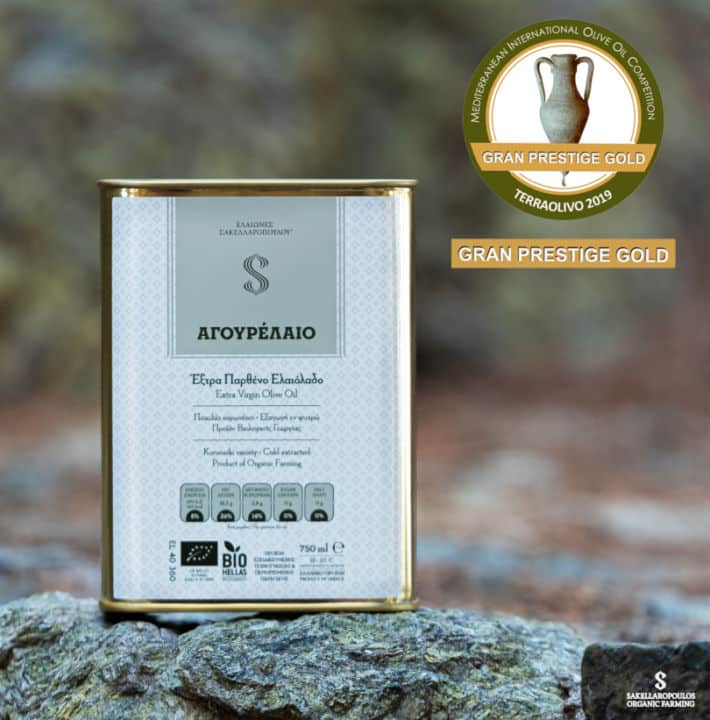 “For us it is a great and special double award presentation, because it comes from expert olive oil tasters from countries all over the world at the TERRAOLIVO International Olive Oil Competition 2019, one of the premier and renown competitions worldwide” states George Sakellaropoulos to MadeinGreece.news. 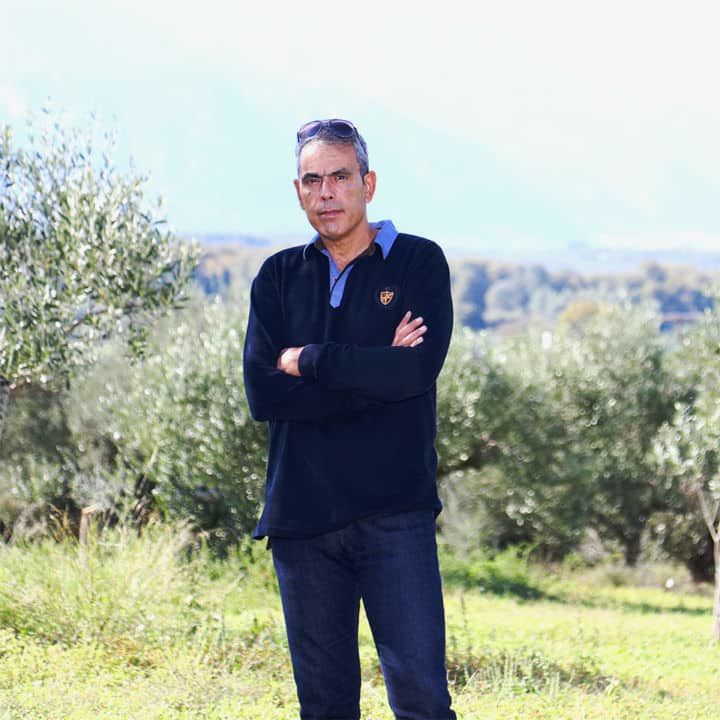 For ‘Gemstone Blend’ olive oil, which circulated for the first time this year, this award is its fourth consecutive award in four successive participations in international olive oil competitions in 2019. 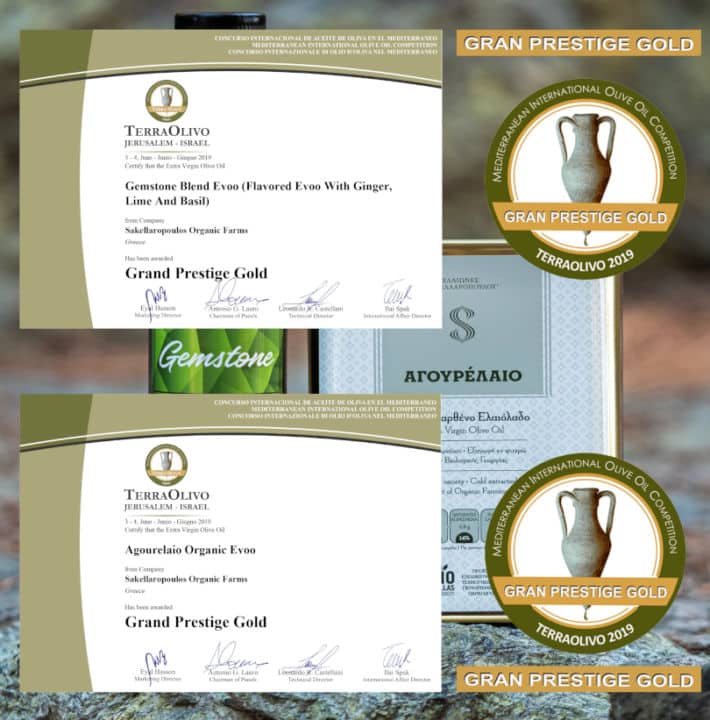 At the same time, the ‘Agourelaio’ Organic Extra Virgin Olive oil received its fifth award for 2019 at the TERRAOLIVO competition.

The first award was from the international organic olive oil competition BIOL 2019 in Italy, with a Gold Medal. The second award came in New York at the New York International Olive Oil Competition 2019 (NYIOOC 2019), where it was awarded the Silver Medal among 903 samples. The third award came from the competition, Olympia Health & Nutrition Awards 2019 in Athens, where it was awarded for the high concentration of health beneficial properties it contains with a Bronze Medal, and finally the fourth award came in May, from Italy, at the ΕVOIOOC 2019 (EVOO International Olive Oil Contest), where it was honored with a Silver Medal. 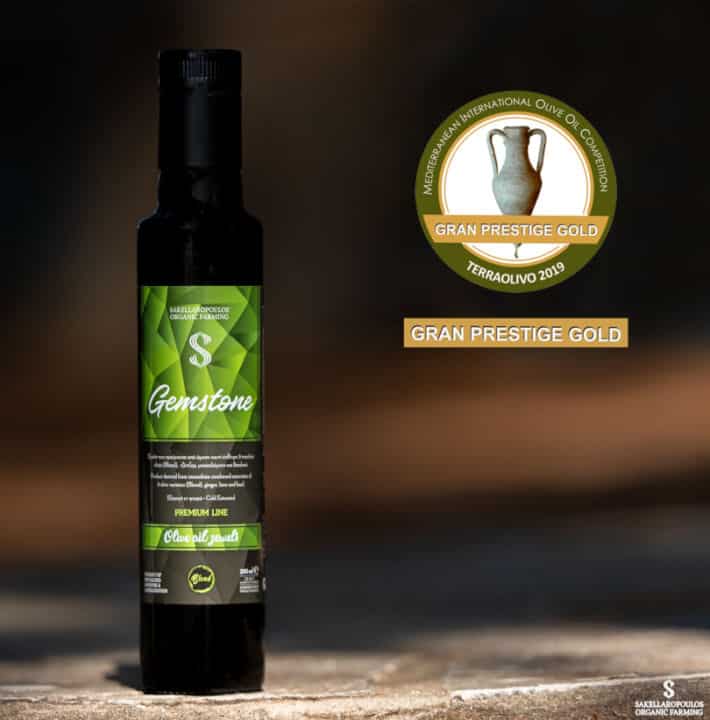 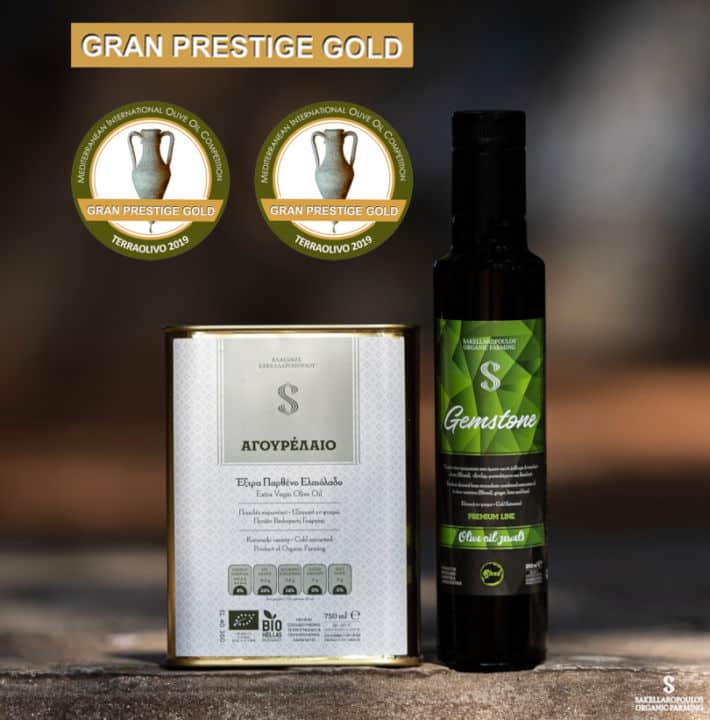 The combination of all these international awards ranks the olive oils of Sakellaropoulos Organic Farms among THE WORLD’S BEST OLIVE OILS FOR 2019, continuing the tradition of high quality that they have created for many years which culminated in their Syllektikon Blend EVOO olive oil being ranked second worldwide for 2017, and their Majestic Blend EVOO olive oil being ranked number one worldwide for 2018.

Sakellaropoulos Organic Farms have now accumulated 115 international awards for quality at distinguished competitions worldwide resulting in a unique record of awards for a Greek olive producer who produces and packages exclusively his own olive and olive oil products. 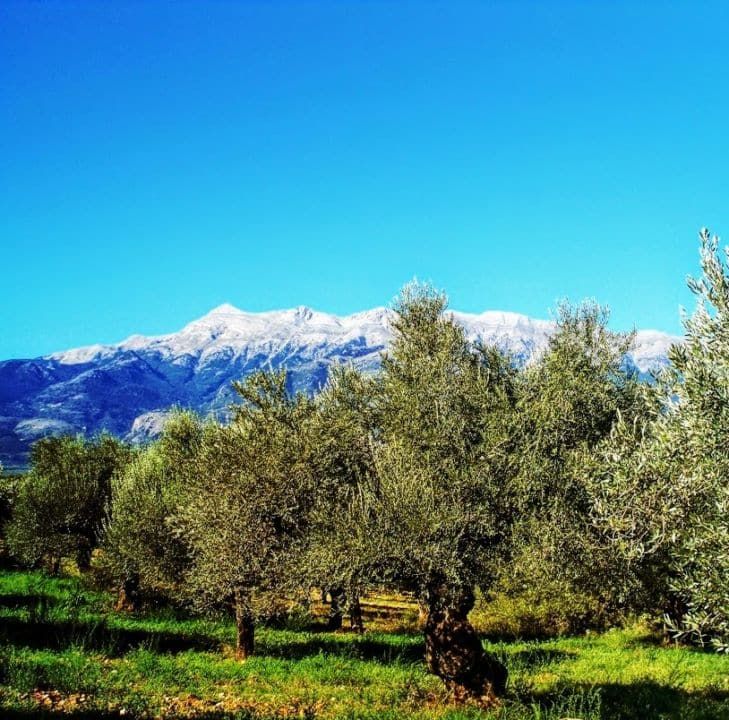 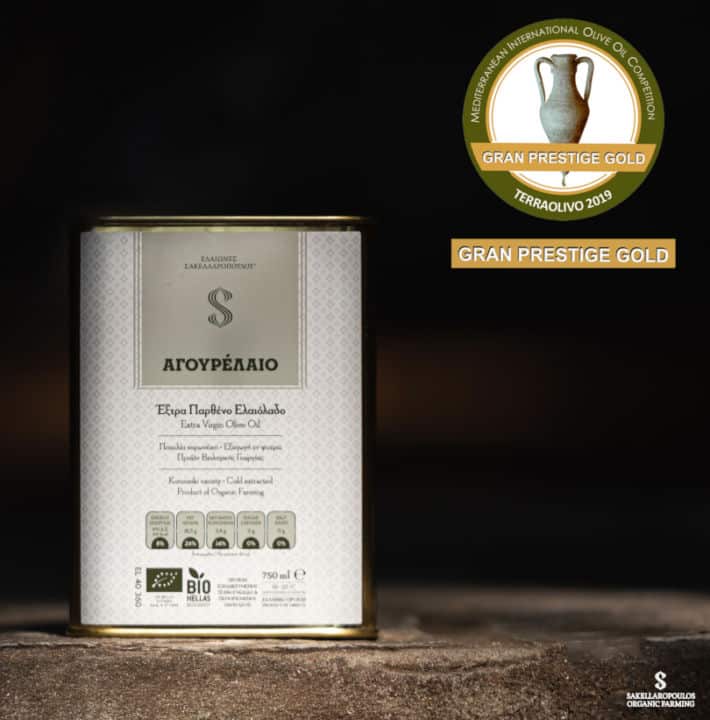 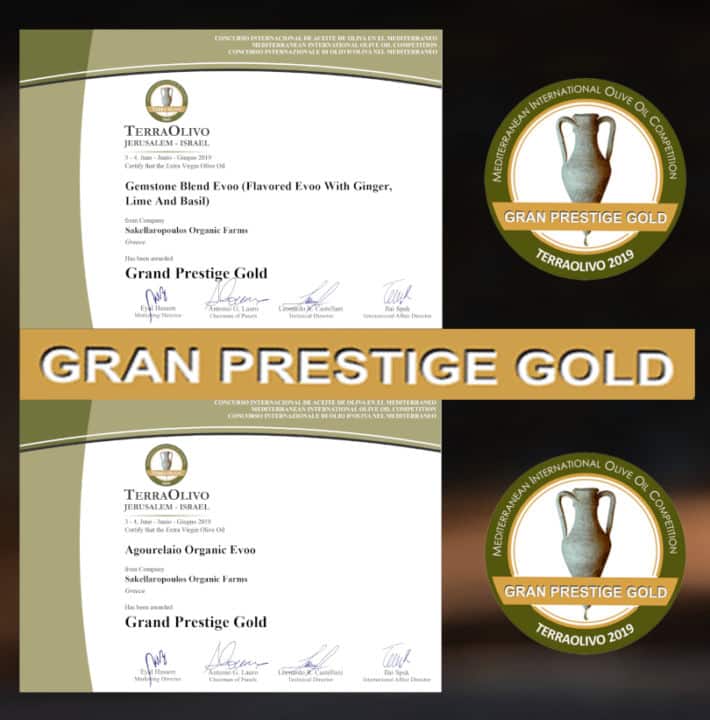