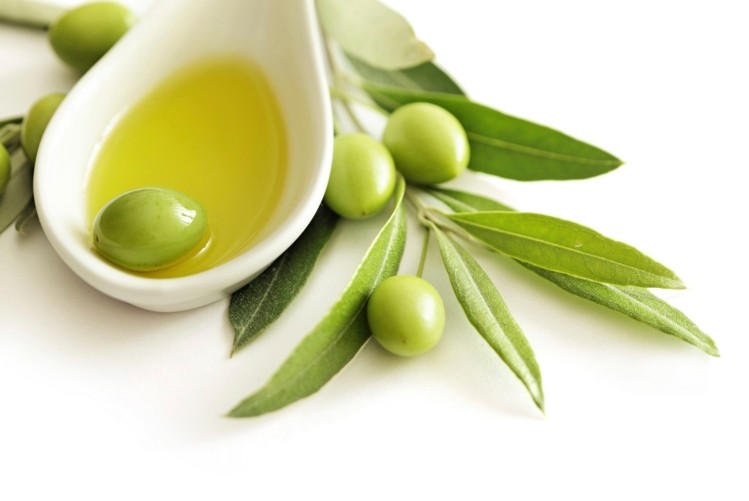 In recent years we are facing new developments in the olive oil field. Large research teams, through clinical studies, research and analysis, try to simplify the range of olive oil substances, to attribute to each substance its true biological action but also to help us understand which olive oils can have a significant positive effect on human health, as well as why this happens.

It is well known that olive oil, belonging to the category of Fats and Oils, consists mostly of fatty acids, mainly monounsaturated. There are already extensive studies that prove that due to its composition of monounsaturated fatty acids, olive oil and in particular extra virgin, has particular benefits for the human body, being the healthiest vegetable oil for human nutrition. 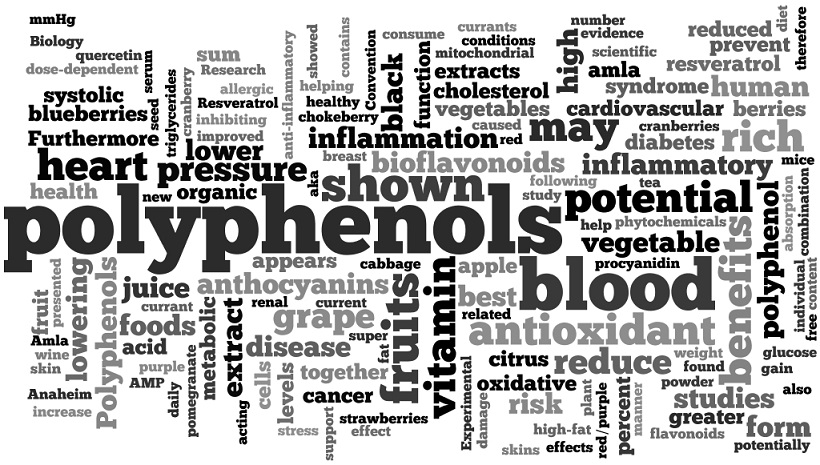 There are, however, substances in smaller quantities in olive oil (micronutrients) that have not yet been extensively researched. These substances tend to differ in composition from one olive oil to the next and consist of sterols, tocopherols, phosphatides and various other compounds. Of great research interest is a group of compounds found in olive oils - the so-called polyphenols.

Polyphenols are substances that occur naturally in olive oil and are formed from early compounds contained in the olive fruit. The most commonly mentioned polyphenols are oleocanthal, oleacin, oleuropein and its various aglycones, ligstroside and vanillin. During the processing of the olive, part of the oleuropein is hydrolyzed and thus several compounds are produced (mainly oleocanthal) which give the olive oil specific organoleptic properties and especially part of its bitter taste and pleasant burning in the throat. Polyphenols also play an important role in reducing the oxidation of fatty acids in olive oil (rancidity).

Oleuropein, tyrosol, hydroxytyrosol and squalene (a hydrocarbon and triterpene, a precursor of cholesterol and other steroids) are the main antioxidants in olive oil. We can simply say that the antioxidants of olive oil - predominantly polyphenols - help the olive oil itself to be preserved (reduce its oxidation) and have greater resistance over time, but the latest scientific evidence suggests that they can also have a positive effect on human health.

The available scientific data and particularly extensive studies on diseases and specific conditions were hardly any, until a few years ago. More recently, an extensive study has been launched on the effect of olive oil polyphenols on human health. So, it is still early to have a complete and clear picture of the action - properties of olive oil polyphenols, but there are already valid and recognized studies that show that it is a group of compounds that help the human body in a variety of ways.

These data, mentioned below, were taken into account by the European Food Safety Authority, when in 2012 it officially recognized the positive effect of polyphenols on oxidative stress, through the Health Claim mentioned in European Regulation 432 / 2012. It explicitly states that "Olive oil polyphenols contribute to the protection of blood lipids from oxidative stress". A basic condition in the Health Claim of European Regulation 432/2012 is the daily intake of 20 grams of olive oil that contains at least 5 mg of hydroxytyrosol and its derivatives (i.e. oleuropein and tyrosol complex).

Also, the US Food and Drug Administration (FDA) recognizes that consuming two tablespoons of olive oil (20-25 grams) daily can help reduce the risk of coronary heart disease. This is due to the monounsaturated fats of olive oil and at the same time suggests the replacement of saturated fats included in our diet with olive oil, and in particular extra virgin olive oil that has the best proportions of fatty acids compared to the other categories of olive oils.

A very important phenolic derivative, oleocanthal, seems to be of particular research interest, as it is characterized by strong biological activity.

Below are detailed scientific studies regarding the activity and properties of oleocanthal, with their respective sources.

• Oleocanthal  seems to have a positive effect on Alzheimer's, slowing down the disease(“Oleocanthal-rich extra-virgin olive oil enhances donepezil effect by reducing amyloid-β load and related toxicity in a mouse model of Alzheimer's disease” Batarseh YS, Kaddoumi A., J Nutr Biochem. 2018 May;55:113-123).

• According to the Professor of the Department of Pharmacognosy and Natural Products Chemistry of UOA, Mr. Magiatis Prokopis, "Chronic exposure to low doses of antioxidants / anti-inflammatory substances such as oleocanthal, offers protection against cardiovascular disease and aging." Also, "Oleocanthal is responsible for the pungency that is characteristic of unripe olive oil." (INGREDIENTS OF OLIVE OIL WITH SPECIAL IMPORTANCE FOR OXIDATIVE STRESS AND HEALTH, UOA, Presentation 2015) 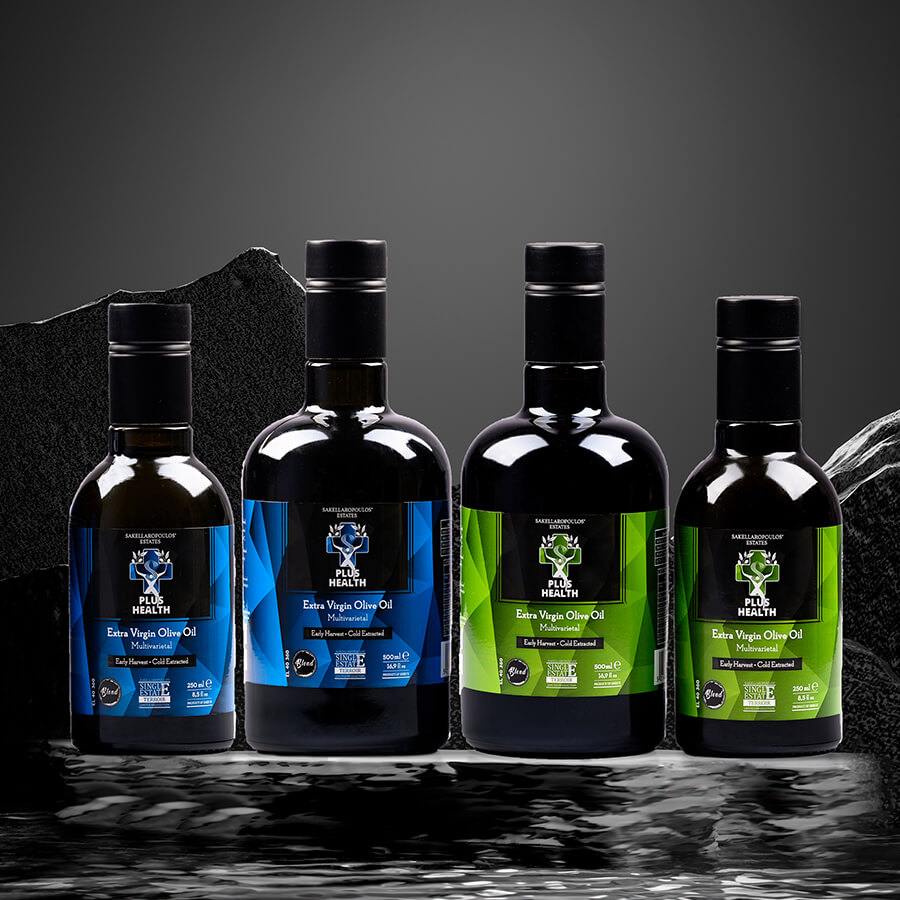 At Sakellaropoulos Organic Farms for a decade now, in addition to the cultivation, the method of processing and packaging of olive oils, we have carried out a variety of analyzes and experiments to find out how the concentration of oleocanthal in our extra virgin olive oils is affected. 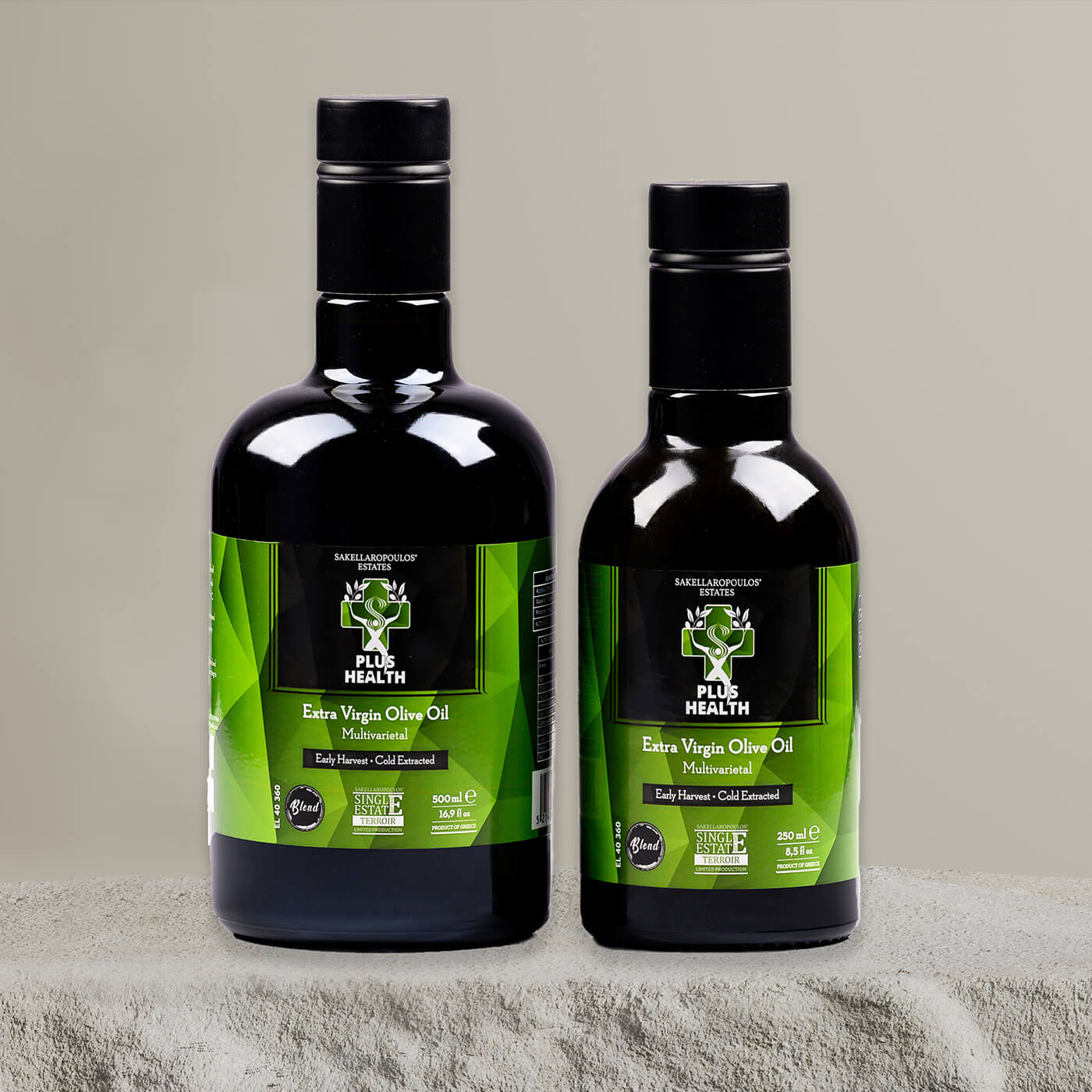 After many years of experiments, research and a variety of tests, we recently released our new line of multivarietal olive oils (5 olive varieties) under the brand name Plus Health Multivarietal, which is registered as a Trade Mark of Sakellaropoulos Organic Farms and is the culmination of our effort in producing high quality olive oils.

Based on the analyzes we have carried out in collaboration with accredited laboratories, the extra virgin olive oils Plus Health Multivarietal have a multitude of innovative and unique features.

More specifically, in addition to its excellent organoleptic evaluations and chemical analyzes, Plus Health Multivarietal Green olive oil shows particularly high concentrations of total polyphenols. These concentrations are several times higher than the limits of European Regulation 432/2012 which states that "Olive oil polyphenols contribute to the protection of blood lipids from oxidative stress."