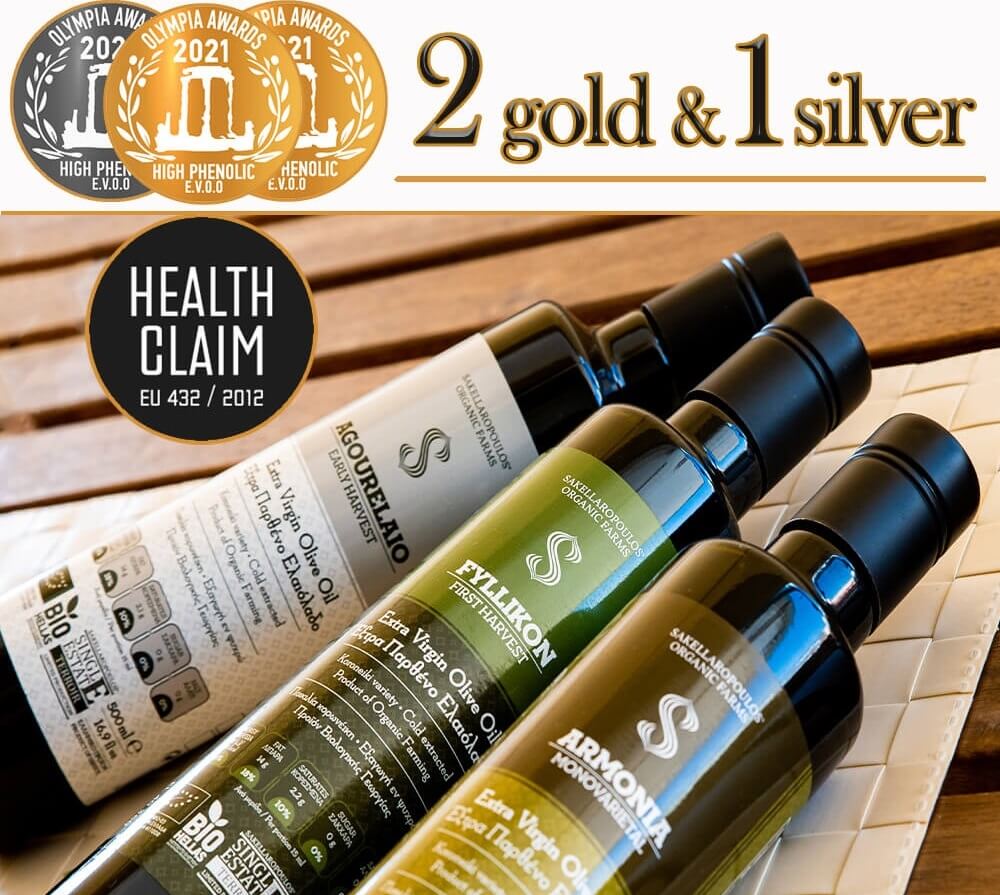 For the 6th consecutive year, the World Olive Center for Health, in collaboration with the National and Kapodistrian University of Athens, announces the results of the international competition Olympia Health & Nutrition Awards 2021. It rewards producers who produced high phenolic olive oil that meets the requirements of the European Regulation 432/2012 and therefore obtains a health claim.

A basic requirement in the European Health Claim of 432/2012 is the daily intake of 20 grams of high phenolic olive oil which contains at least 5 mg of specific polyphenols (minimum concentration limit 250 mg / kg).

It is noted that polyphenols are substances that naturally occur in olive oil and are formed from early compounds contained in the olive fruit. Oleocanthal and Oleacin are the main polyphenols, found in significant amounts in olive oils with health claim, which have been attributed with anti-inflammatory, antioxidant, cardioprotective and neuroprotective properties. Olive oils that contain phenols (or polyphenols) are called high phenolic olive oils.

Olive oil polyphenols are a modern object of scientific research, as new data are constantly emerging regarding their effect on human health. Clinical trials and studies have shown that high phenolic olive oils could have a positive effect on diseases such as Alzheimer's and Parkinson's, while at the same time they can help reduce thrombosis and inflammatory diseases as they have an excellent anti-inflammatory effect similar to ibuprofen.

More than 1000 olive oil samples participated in the Olympia Health & Nutrition Awards 2021, either from Greece or from other olive oil producing countries that participated. Awards were given to producers that submitted at least one sample of olive oil with a health claim during the current season 2020-2021. 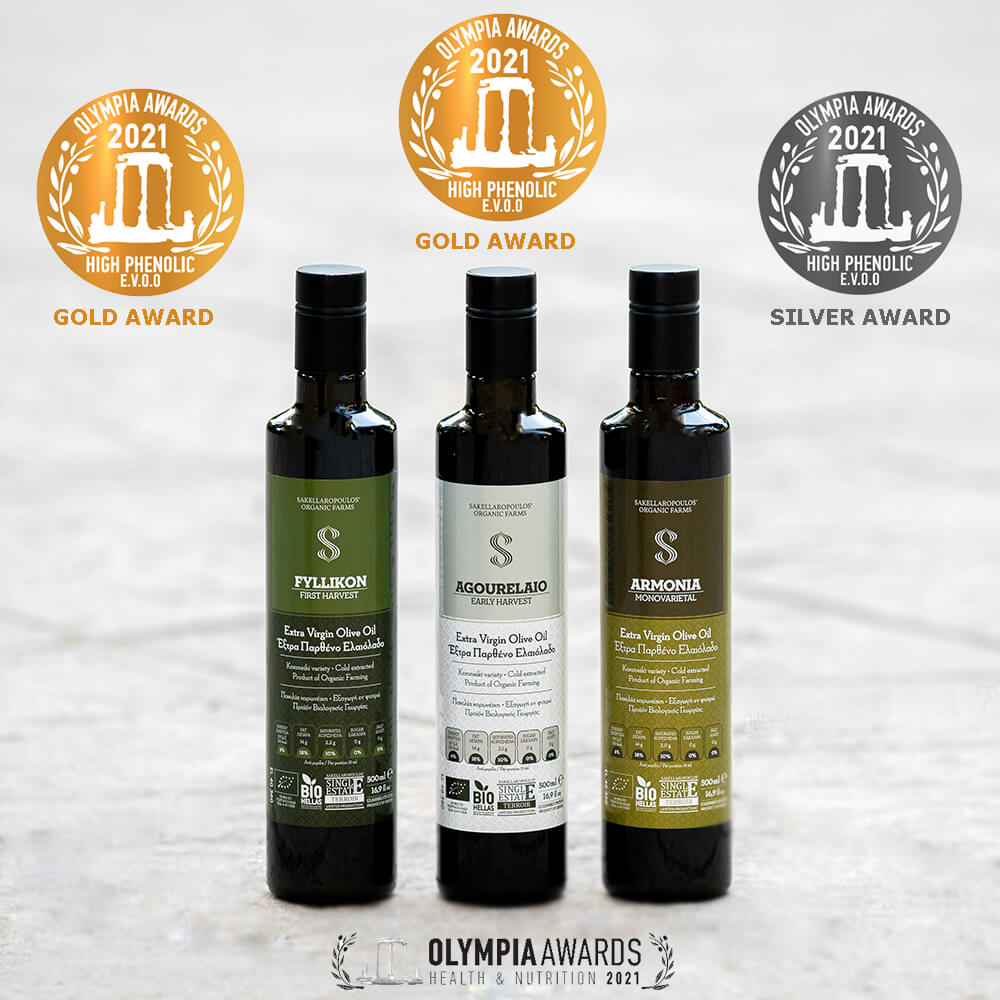 It is a great honor to have scientific confirmation of the positive effect of our organic olive oils on human health for the sixth consecutive year. These three awards at the OLYMPIA HEALTH & NUTRITION Awards 2021 complete the unique number of 355 international awards for Sakellaropoulos Organic Farms, a record number for a Greek producer of exclusively their own olive products (Single Estate producer). 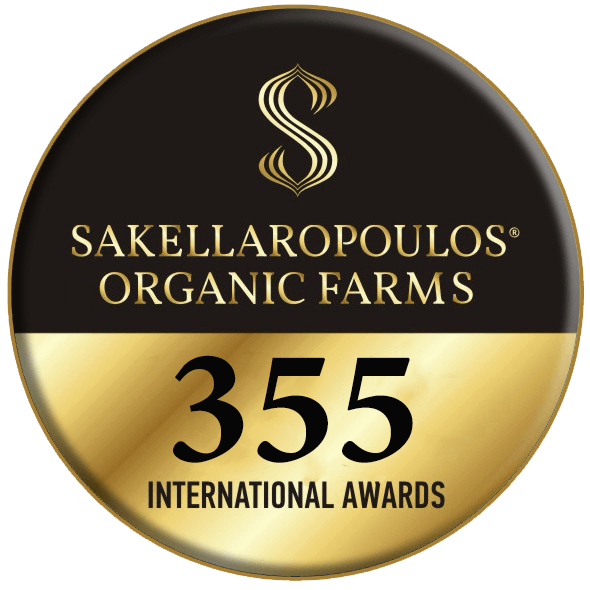