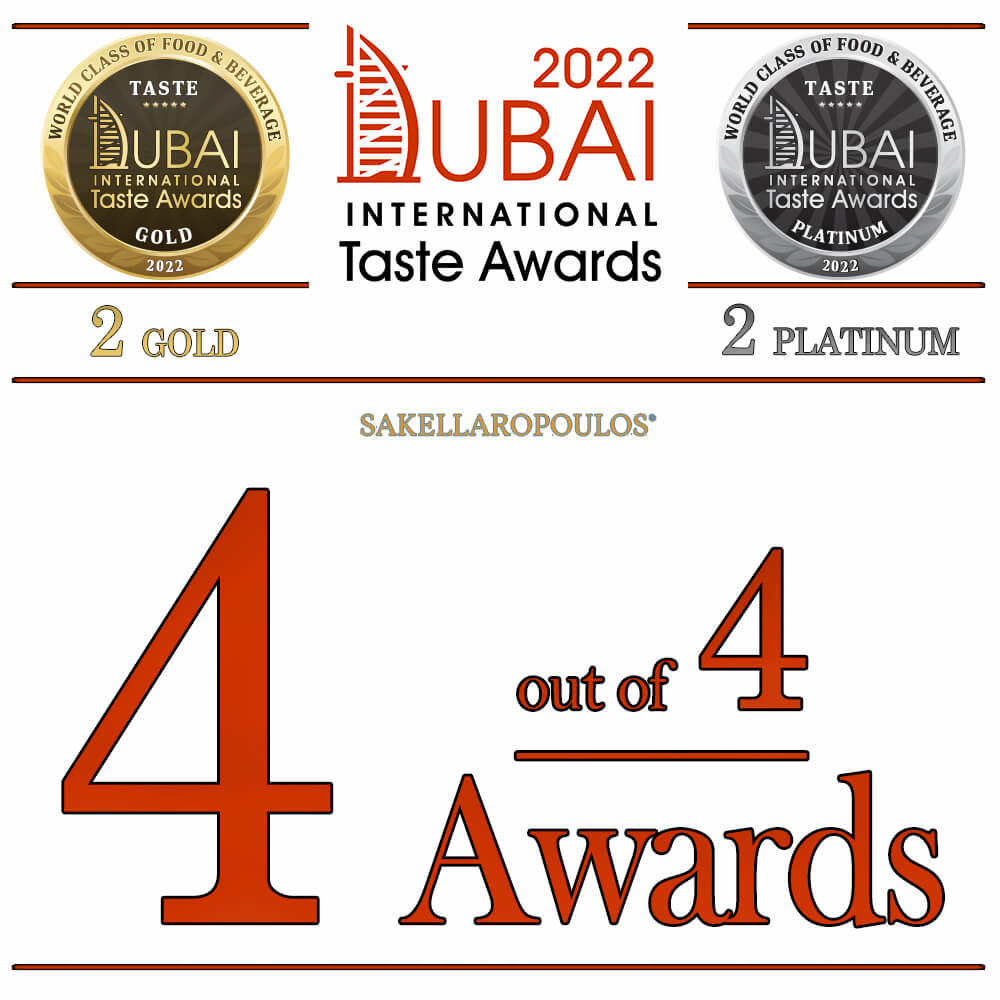 For 2022, from May 1 to 5 in Dubai, expert tasters and international judges in the world of gastronomy, evaluated a number of products through a "blind" tasting process, during which they decided which products are worthy of distinction.

The jury consists of highly respected names in the field of high quality food from around the world, with international recognition. Examples include Mai Moawad, a food expert from Egypt, the famous Italian chef Andrea Fioravanti of the well-known Relais & Châteaux Lord Byron in Rome, the well-known Indian multi-talented lifestyle writer Sonal Chhibber, the acclaimed director Basel Abboud with more than 23 years of experience in Food and Beverage in world class hotels such as Stella Di mare, Finnish chef Matthijs Stinnissen of the famous Boca restaurant, who has spent time under the attentive care of the UK’s and perhaps the world’s best chefs Aikens and Atherton, Mexican chef Josè Carlos Sierra Garcìa, the well-known chef de Cuisine of the Four Seasons, Marriott, Oberoi Hotels and Jumeirah Hotels, the famous Emirates chef Eby Joseph with an impressive run in Dubai, chef Trisha Henault who has been recognized as one of the best chefs under 30 from Caterer Middle East and has been nominated to the Marriott Awards of Excellence, as well as Howard Ko, the executive chef at the highly acclaimed Asian restaurant CÉ LA VI Dubai.

Sakellaropoulos Organic Farms participated in the DUBAI International Taste Awards 2022, with four (4) innovative and gourmet olive oils and were honored with four (4) unique awards, achieving very high and honorary ratings. In detail, the awards for 2022 are:

The new gastronomic olive oil "Treasure blend evoo" by Sakellaropoulos Organic Farms, that contains eleven (11) ingredients, was honored with a platinum award and a very high score of 98%, by the international judges of the DUBAI Taste Awards 2022.

The organic "Agourelaio" by Sakellaropoulos Organic Farms is the only Greek extra virgin olive oil that was honored with a platinum award and a high score of 97%, by the international judges of the DUBAI Taste Awards of 2022.

The organic FYLLIKON First Harvest by Sakellaropoulos Organic Farms is the most internationally awarded Greek organic olive oil. At the DUBAI Taste Awards 2022, it was honored with a gold award and a score of 95%, by the international judges of the competition.

Once again, the gastronomic olive oil GEMSTONE blend evoo by Sakellaropoulos Organic Farms, is honored with a major gold award distinction and a score of 91% at the DUBAI Taste Awards 2022. 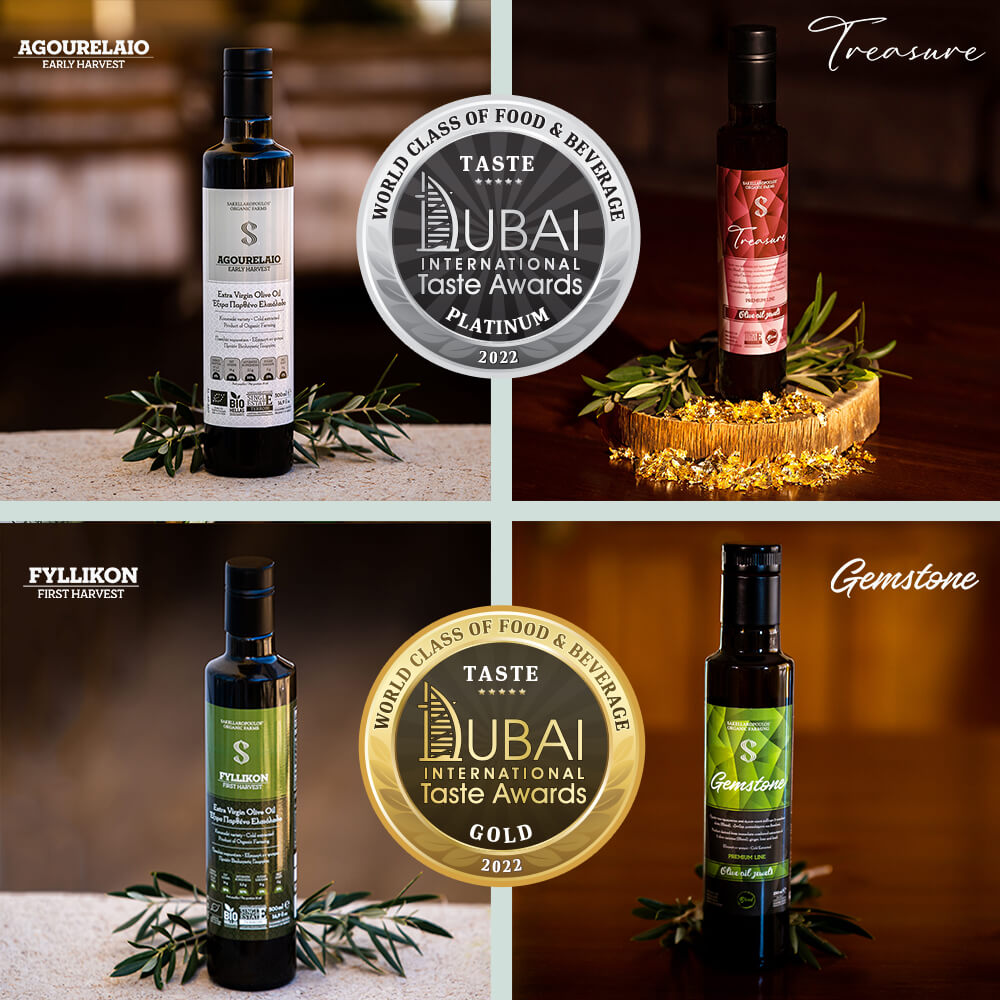 The announcement of the results of the famous competition, justifies the effort of Sakellaropoulos Organic Farms in creating unique flavor combinations in their olive oil products, while it is once again confirmed that they belong to the global elite of gourmet foods.