Sakellaropoulos Organic Farms at the top olive oils worldwide for 2021 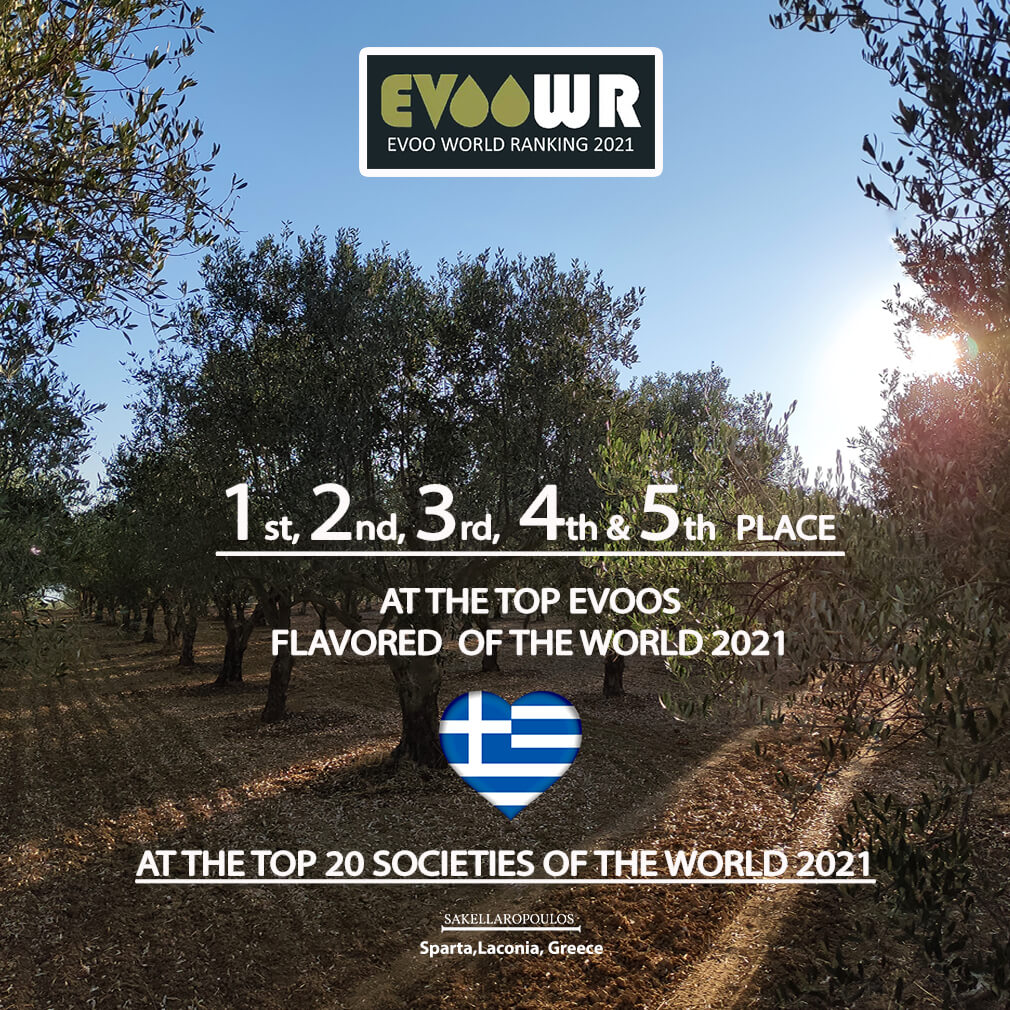 At the end of each olive harvest year, the World Association of Journalists and Writers of Wines and Spirits (WAWWJ) collects and ranks all the olive oils that have been selected in 29 recognized international competitions throughout the world, for their taste and quality, with the method of blind tasting based on the rules of the International Olive Council. This global olive oil ranking, called EVOO World Ranking (EVOOWR), is part of the WAWWJ world ranking, created in 1997.

EVOOWR examined 16,584 samples of olive oil, from 37 olive-producing countries and 2105 companies respectively, which had already been distinguished in 29 international competitions, of high prestige and international scope.

Sakellaropoulos Organic Farms, for the taste and quality of their olive oils, were honored with very high distinctions worldwide. Specifically:

• The best olive oils in the world in their category, creating five (5) new world records of points, for 2021 are:

• Sakellaropoulos Organic Farms, as a company, are honored with the 2nd place in the world in the TOP 5 SOCIETIES of Flavored Oils of the World 2021 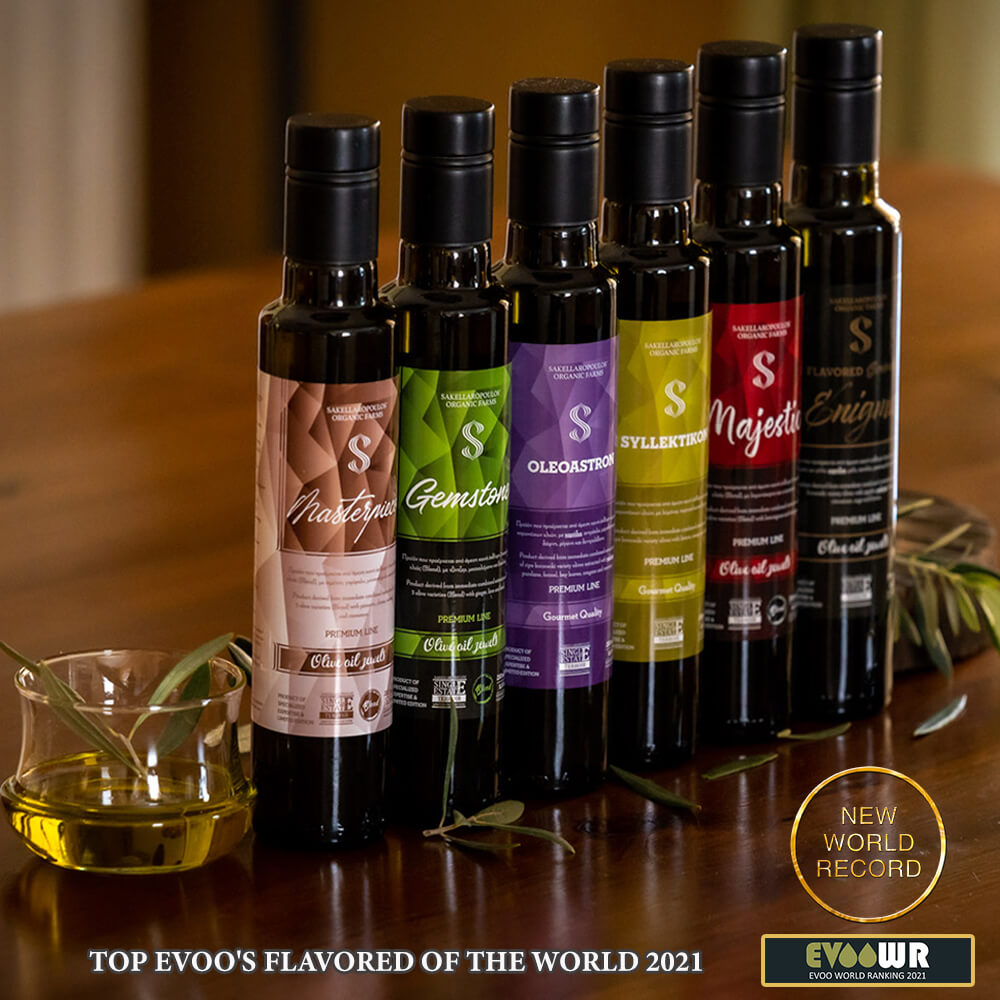 Masterpiece Blend Evoo, with 549.50 points, was honored with the 2nd place in the world for 2021 along with a new record of olive oil points in its category, in the first year of its circulation. 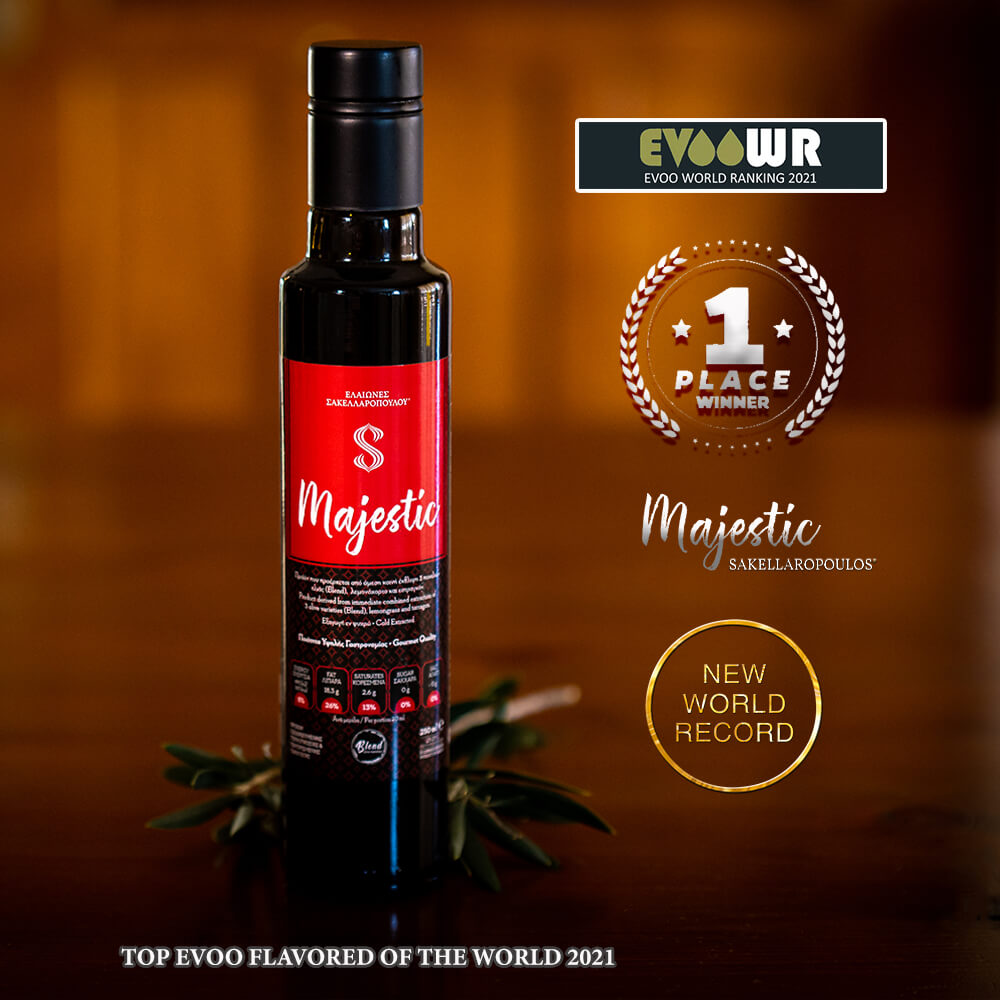 At the same time in the world ranking of olive oils EVOOWR 2021, Sakellaropoulos Organic Farms were honored for their organic extra virgin olive oils in their category, with very high ratings and distinctions. In detail: 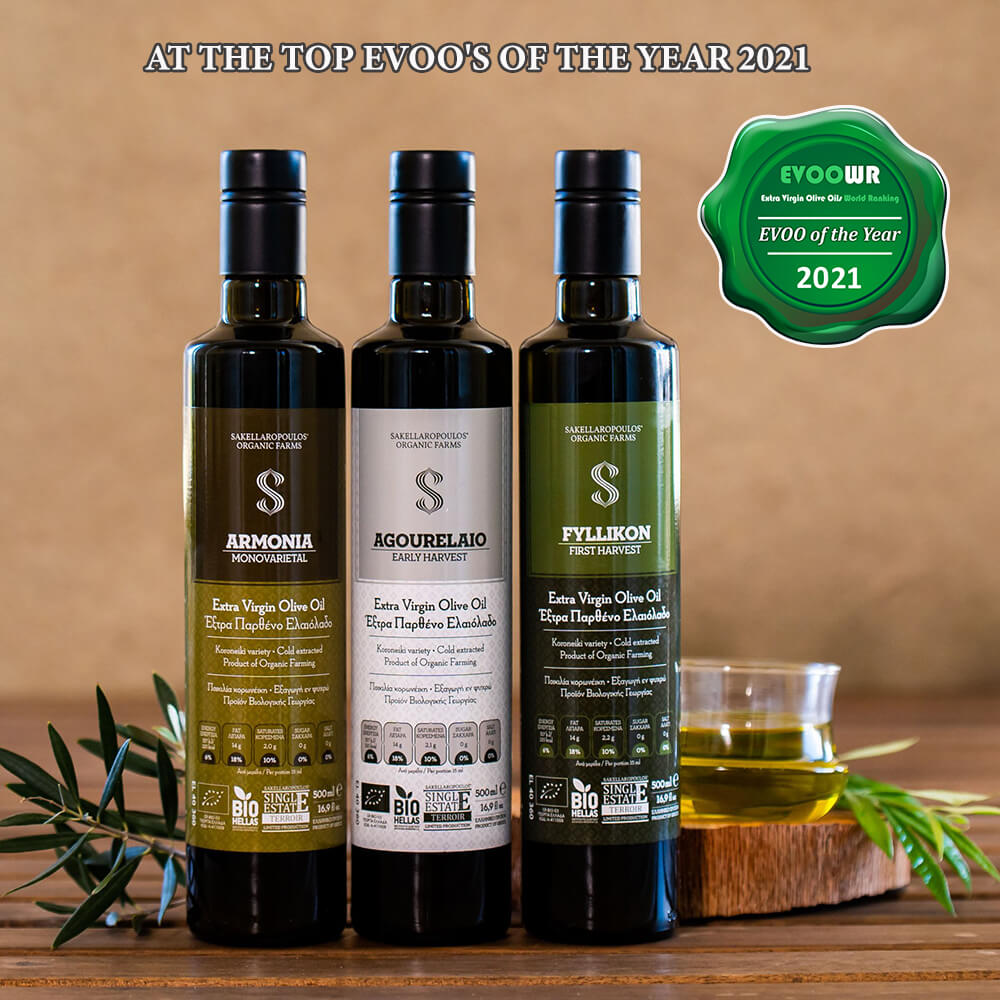 • The organic Agourelaio evoo ranked in the TOP 10 best olive oils of Koroneiki variety worldwide and also in the TOP 100 best extra virgin olive oils in the world (TOP 100 EVOOS of the WORLD 2021).

• The organic olive oils Fyllikon, Armonia and Armonikon, are honored by being included in the TOP 20 best extra virgin olive oils of Koroneiki variety of the world for 2021. 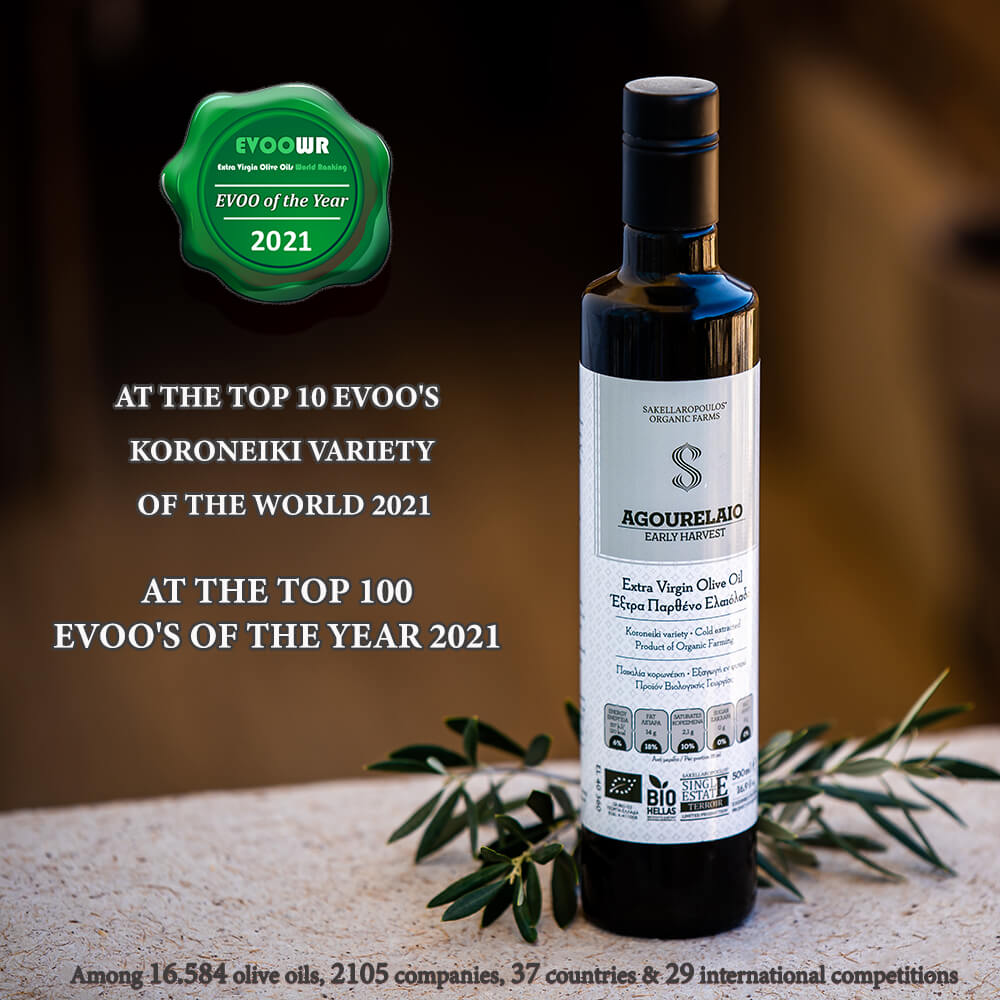 Finally, special mention should be made on the achievement of a major global award as a company for Sakellaropoulos Organic Farms:

• Ranked based on the world ranking Evoo World Ranking, in the TOP 20 SOCIETIES of the WORLD 2021, thus in the twenty (20) top olive oil companies in the world, for the third (3rd) consecutive year, among 2105 olive companies from 37 countries.

The above distinctions, in the top positions of the world ranking of olive oils EVOOWR 2021, constitute a very important reward, for a Greek organic olive producer, for Sparta Laconia, but mainly for Greece that stands out in the global olive oil industry.

Simultaneously with these 30 high-level distinctions in the EVOO World Ranking 2021, Sakellaropoulos Organic Farms complete the unique number of 400 international awards in recognized prestigious competitions around the world.

This number is an evolving world record of distinctions for a Greek olive producer who cultivates, produces and packages exclusively his own organic olive products (Single Estate & Terroir organic producer). 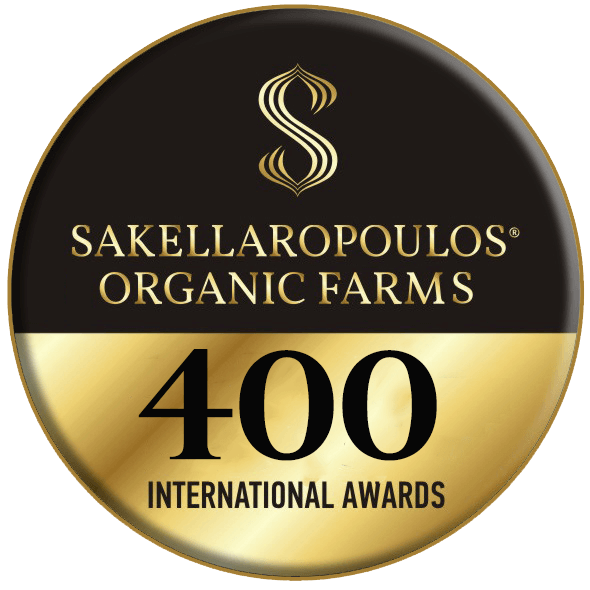