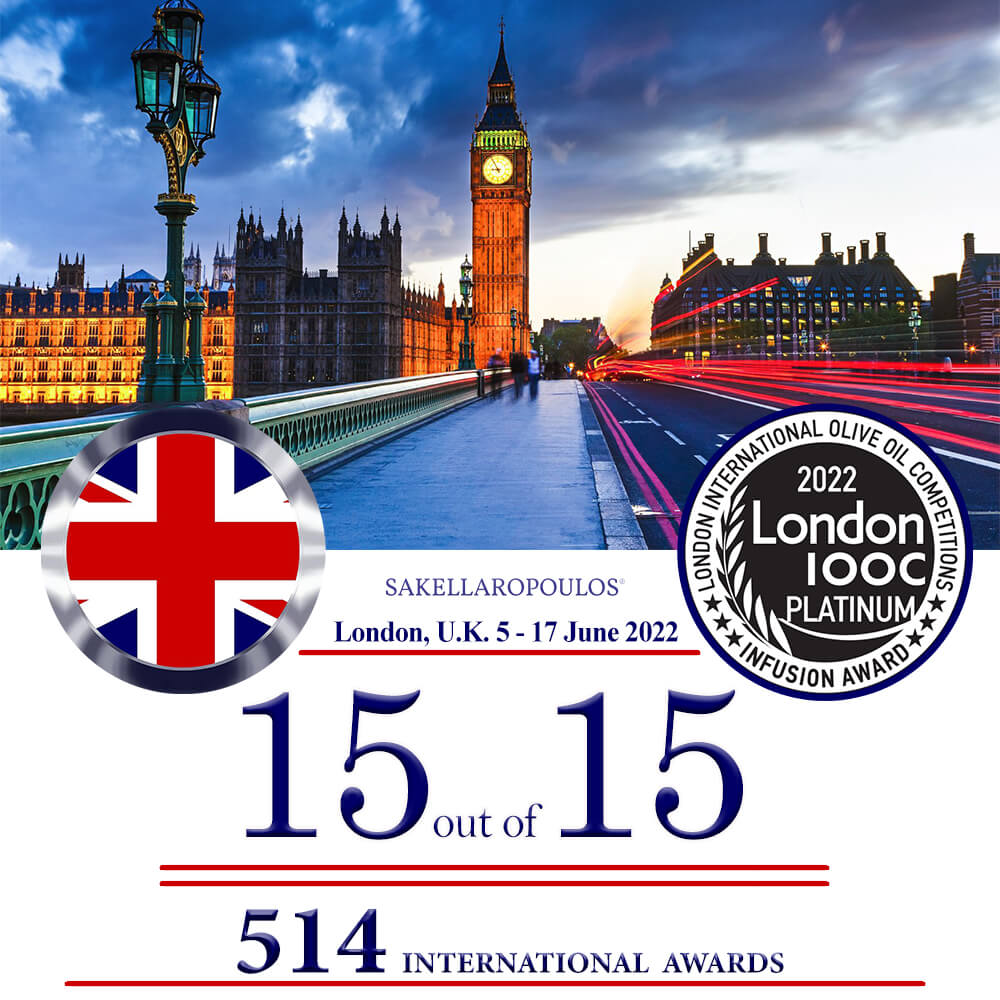 It took place in the United Kingdom and specifically in the city of London, from 5 to 17 June 2022. It has very high quality selection and award criteria for olive oils, applying very strict evaluation standards based on the tasting methods set by the International Olive Oil Council.

It is considered one of the largest competitions of very high prestige in the world, with the extremely high score of 9/10 based on the world ranking EVOO World Ranking.

The degree of difficulty is complemented by the extremely high number of participations, which for 2022 reached 963 olive oils from 30 olive-producing countries with a very high level of quality.

Sakellaropoulos Organic Farms participated in LONDON IOOC 2022, with their fifteen (15) specialized organic - gourmet olive oils, collecting scores that exceeded 96% and were honored with the number of fifteen (15) awards for all of their olive oil samples.

In total, they were awarded 4 platinum, 6 gold and 5 silver awards of high prestige and recognition, while it should be noted that, until now, there has been no other olive oil producer that has been awarded four (4) platinum awards by the specialized judges.

In particular, the fifteen (15) organic and gourmet olive oils by Sakellaropoulos Organic Farms that were awarded at LONDON IOOC 2022 are: 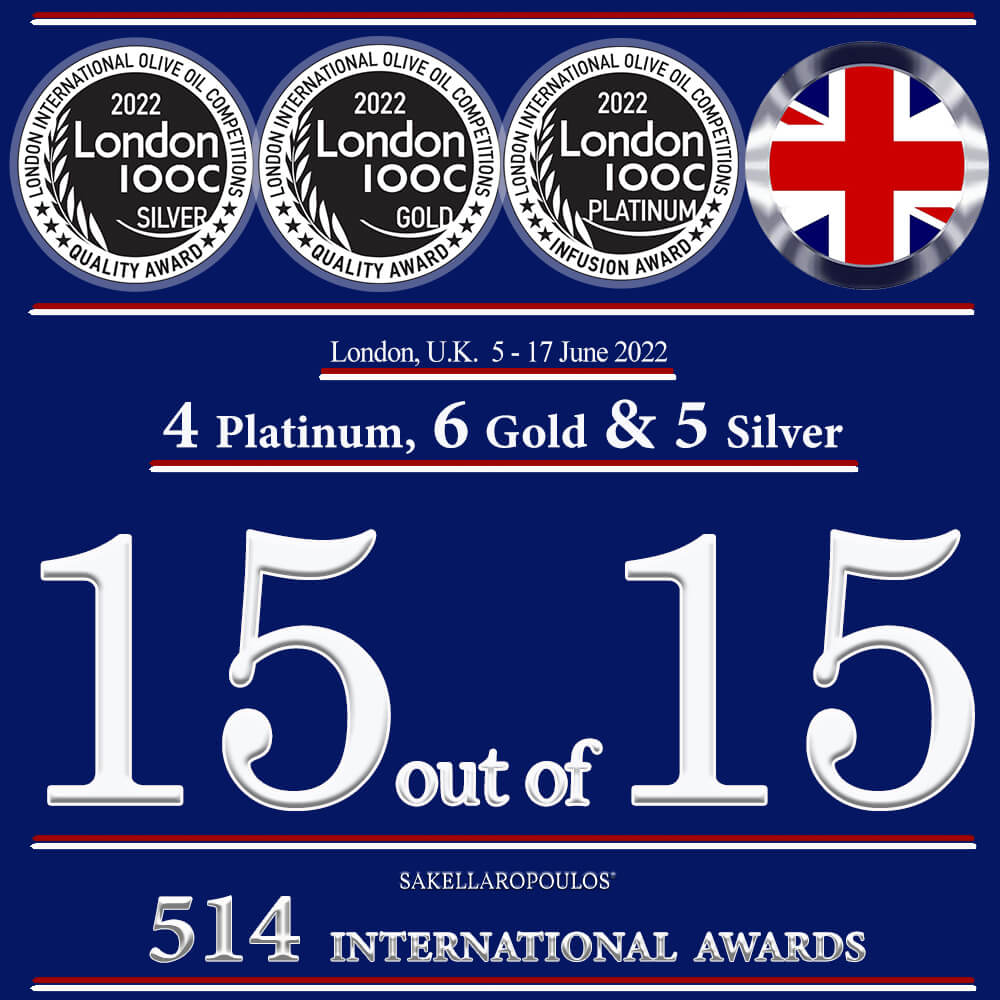 This exceptional absolute reward of 100% is of international prestige, and at the same time marks a very high level of distinction in the field of olive growing for our country, Greece, our land, Sparta Laconia and for the course of Sakellaropoulos Organic Farms for the past 30 years.

Along with these fifteen (15) awards in their equal number of participating olive oils in London, Sakellaropoulos Organic Farms officially exceed 500 international awards, creating a new record of 514 global awards in the largest and most important competitions in the world.

It is important to mention that the first international award for Sakellaropoulos Organic Farms was announced in 2012, in London, after 20 years of preparation. After 10 years of participating in international competitions of global scope, the 500 award mark was also noted in London, with impressive results.

It is a special honor for the organic, Single Estate olive products of a Greek olive producer to be recognized in the largest global competitions for their high quality, for the innovation in production, their unique taste and their wonderful combinations, while at the same time being considered among the top internationally. 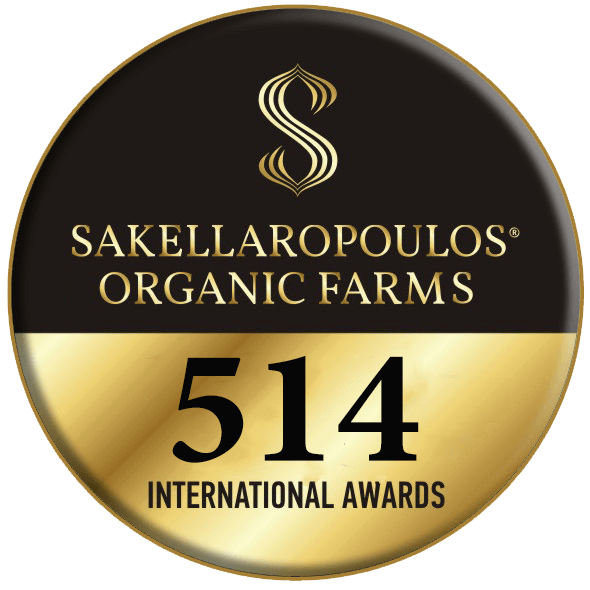